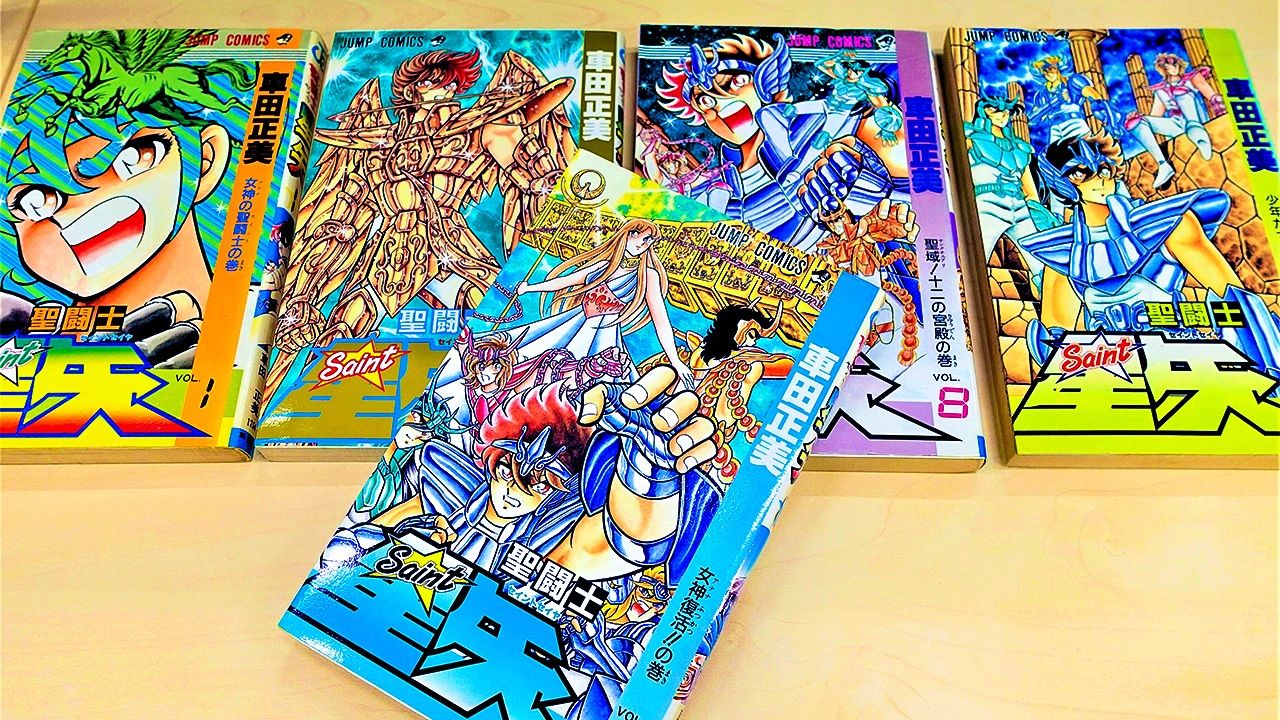 Can You Feel the Cosmo? “Saint Seiya,” a Globally Popular Modern-Day Mythos

Manga Anime Jan 13, 2023
Centering on the epic battles of warriors called Saints and inspired by Greek mythology, Saint Seiya won legions of fans in the late 1980s, first as a manga and then as an anime. The series continues today, drawing in new generations.

“Whenever evil rears its ugly head,

warriors known as Saints rise to meet it,

Saint Seiya began serialization as a manga in the pages of Shūeisha’s weekly Shōnen Jump in 1985. It was the brainchild of veteran manga creator Kurumada Masami, who had previously explored social issues in a popular boxing series called Ringu ni Kakero (Put It All in the Ring). Saint Seiya proved a masterful, hugely influential hit.

Seiya, the protagonist, is a big-hearted young man who undergoes harsh training to become a Saint, one of the 88 Protectors of the Zodiac, after being separated from his beloved sister. Through many trials, he is awarded the title of Bronze Saint Pegasus. After returning to Japan, he participates in a martial-arts tournament called the Galaxian Wars, but this great battle is but the first step in an epic journey.

Seiya joins forces with powerful companions including Dragon Shiryū, Cygnus Hyōga, Andromeda Shun, and Phoenix Ikki to fight their way through an internal war among the Saints, the climax of which is a “holy war” against Poseidon, god of the ocean, and Meiō Hades, king of the underworld.

The Saints are charged with protecting Athena, goddess of war and wisdom. They carry no weapons, only suits of armor called Cloths. Their seemingly supernatural powers are actually driven by their own spirits—a hidden power within them called the Cosmo.

In 1986, the manga was animated into a television series by the famed Tōei Dōga (now Tōei Animation).

Seiya was voiced by Furuya Tōru, already well known for his portrayal of Amuro Ray from Mobile Suit Gundam (1977). The veteran voice-actor was so determined to land the role that he showed up to the audition in Seiya cosplay to show his enthusiasm.

The legendary animator Araki Shingo, together with Himeno Michi, oversaw the character design for the animated series, while Morishita Kōzō, widely praised for his action sequences, took the helm as director.

Morishita had just finished work on The Transformers: The Movie (1986) in the United States, so he knew firsthand just how large the budgets were on foreign productions. Aiming to make Saint Seiya feel fresh and new, he studied the compositing technology used in the Star Wars movies and incorporated it into the production.

The animated series proved a major hit. It was later translated for broadcast in 80 countries, expanding its fanbase to a global scale. 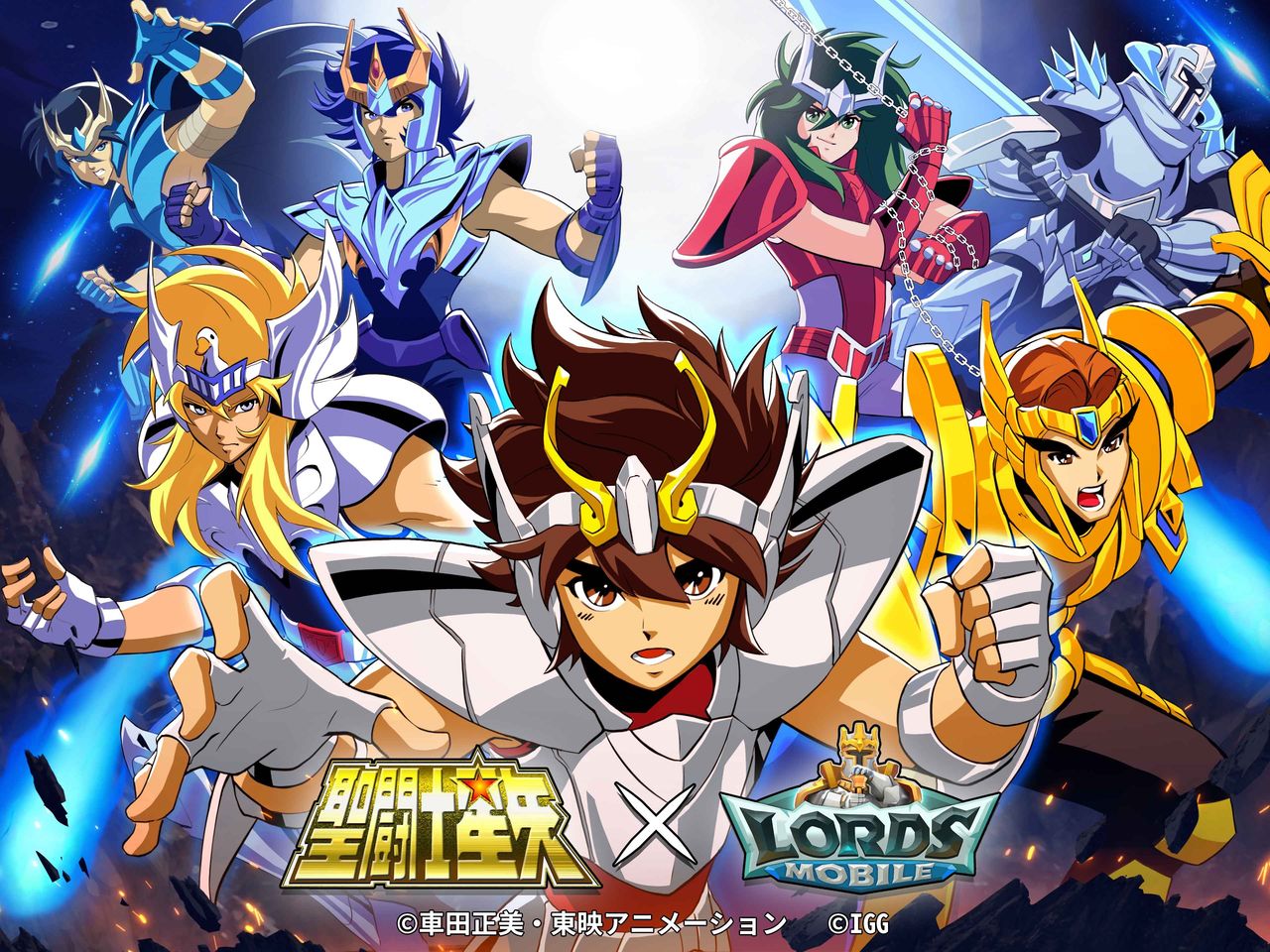 Saint Seiya’s influence extends beyond comics and anime to the world of games as well. A 2021 collaboration with the smartphone app role-playing game Lords Mobile. (© Kurumada Masami/Tōei Animation; © IGG)

An Amazing Ability to Cross Borders

The most powerful warriors, sworn to defend the Twelve Houses of the Zodiac, are known as Gold Saints. They possess incredible power and are very cool characters.

During the original run of the manga and anime, the Gold Saints proved hugely popular among children in Japan. However, many felt they were mishandled in the theatrical release, leading to disappointment among fans with the same astrological signs as their favorite characters. Interestingly, it seems foreign fans reacted similarly upon learning of the disparity among the signs.

Take, for example, the Gold Saint Aphrodite, of the Sign of Pisces, who appeared as an enemy of Seiya. The impact of this portrayal was heightened abroad, where Aphrodite is understood to be a female name. Being a Pisces myself, I sympathize with the laments I’ve seen from fans in Brazil and France.

I suspect the reason that Saint Seiya was able to cross borders and cultures is due to the charms of its unique world-building.

It is an epic battle set against the backdrop of Greek mythology. The Cloths (armor) worn by the characters are very cool. And each character has a dramatic “finishing move.” The best part about these moves is that they aren’t the result of supernatural powers, but rather achieved by cultivating the mental control to channel the “Cosmo” within.

The idea that anyone with an unbreakable spirit might become a Saint captivated legions of young fans who dreamed of becoming one themselves.

A strong sense of values helped the series resonate widely as well. Its core theme of the bonds of friendship drew in readers around the world.

In the manga, it was revealed that Seiya and his fellow Bronze Saints were in fact biological brothers as well. This was dropped from the anime, but DNA isn’t really the point. More important are the bonds of brotherhood forged through shared struggle. The Bronze Saints must reach greater levels of Cosmo to battle their enemies. They fight to the end, battered but not broken, not only for themselves but their brothers. Those beautiful, romantic scenes are what won the series so many fans. 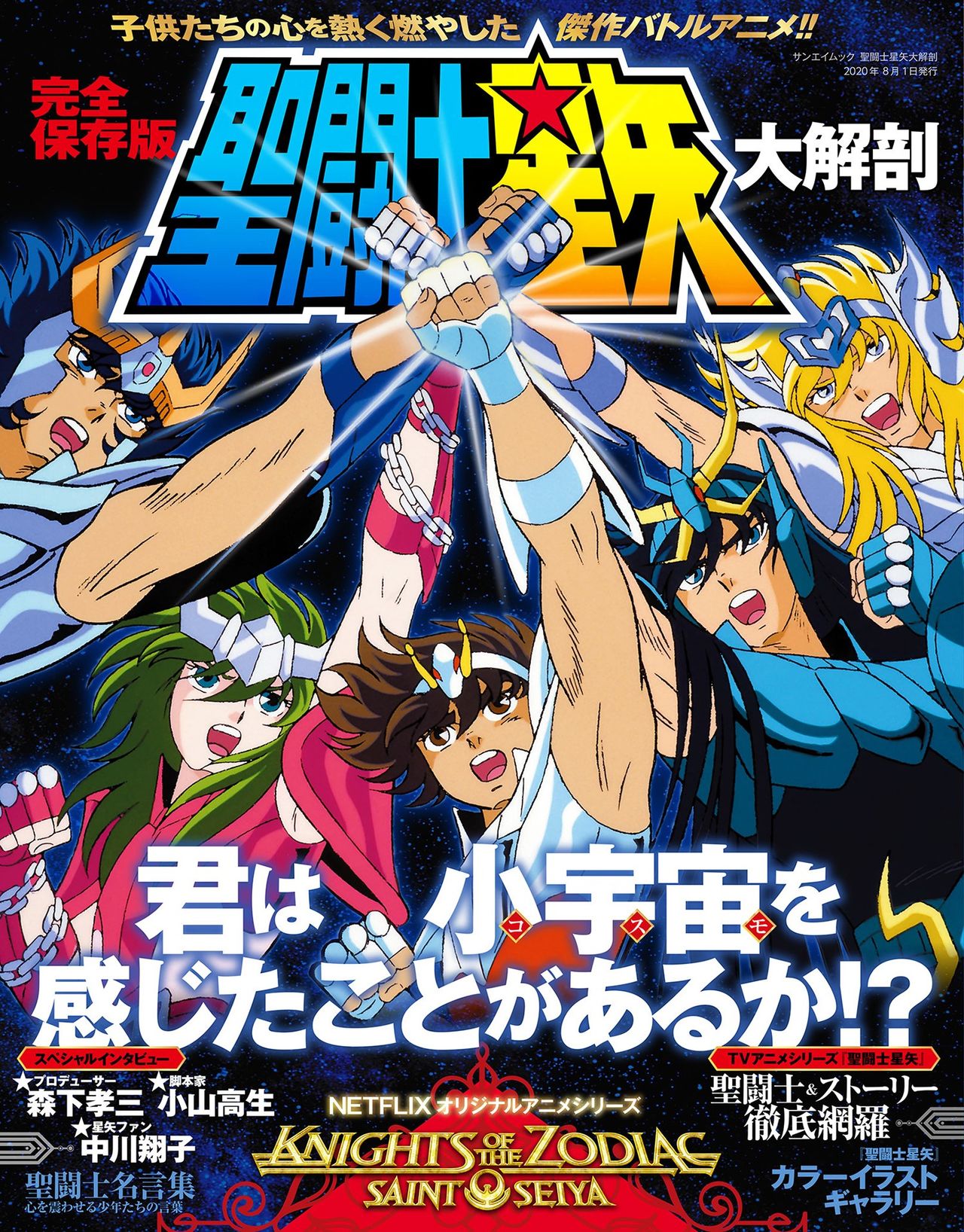 A great number of sequels have been released over the long life of the series. Shown: Saint Seiya daikaibō (A Grand Breakdown of Saint Seiya). (© San-Ei Publishing)

The French director Louis Leterrier is a fan, and his 2010 film Clash of the Titans contained homages to Saint Seiya. He is but one of many foreign creators who have been influenced by the series.

Saint Seiya is filled with highly evocative, uniquely portrayed characters such as Cygnus Hyoga, whose cool exterior hides the pain he feels over losing his mother, and Andromeda Shun, who possesses both feminine features and great strength.

In a way Saint Seiya resembles the Marvel Avengers movies, in how it portrays the relationships among teams of powerful individuals, but Kurumada created this richly layered world all by himself, creating a lasting format for future artists to follow.

Whatever the case, Kurumada’s approach to manga-making—not holding anything back to make every episode a spectacle—has become the guiding spirit for manga in the digital age as well.

Saint Seiya continues to this day, including spin-offs by other creators. Saint Seiya: Knights of the Zodiac debuted on Netflix in 2019, and there is talk of a live-action Hollywood film in the works.

In fact, it could be said that Saint Seiya’s dynamism inspired the current wave of successful anime series, such as Kimetsu no yaiba (Demon Slayer), Tokyo Revengers, and Yowamushi Pedal.

Perhaps Kurumada’s greatest legacy is with regard to gender, flipping the script on the idea of strong characters needing to be macho men. It is no surprise why Kurumada is so well respected by his fellow creators.

(Originally published in Japanese. Banner photo: Saint Seiya began serialization in December 1985 and went on to be one of the weekly Shōnen Jump’s biggest hits. By the time the series ended its run in December 1990, it had sold some 5 million copies. © Nippon.com.)