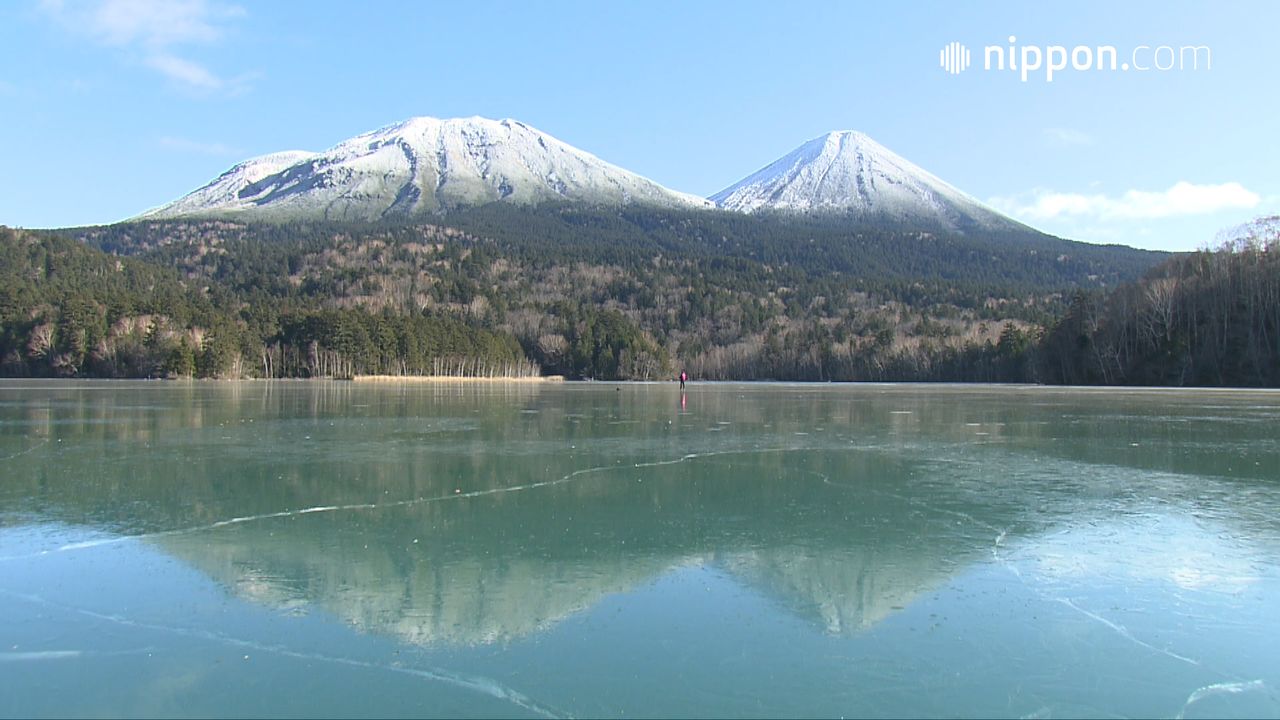 The town of Ashoro in eastern Hokkaidō is home to Lake Onnetō, which turns emerald green when it freezes in early winter. At that time of year—before the area is blanketed by snow—the lake remains transparent. The late arrival of snowfall this winter has made it possible to see all the way down to the lake bottom.

The road leading to the lake is closed to traffic during the winter months, so visitors must hike for around 4 kilometers to get there. Those who make the trek are rewarded with a magnificent view of Mount Meakan and Mount Akan-Fuji—not only on the horizon but also reflected on the lake’s surface. Lake Onnetō is a popular destination in the spring, summer, and fall for the mysterious way the water changes color, but it is virtually deserted in the winter, except for a handful of photography buffs.

A walk on the surface of the frozen lake reveals roots and fallen trees below, creating the impression of walking on water. And strange, soft sounds created by contracting ice can also be heard. Air bubbles trapped in the ice turn into charming white disks, which are like sculptures created by nature. Some parts of the lake do not freeze, though, because of hot springs and volcanic gas that gushes up from underground.

Such sights at Lake Onnetō can only be seen during a brief period, from late November to early December, but later visitors can still enjoy tramping around in the snow on the lake and surrounding mountains. Be sure to come with a local guide for a safe and unforgettable experience, though, especially since the ice can be thin in some places!