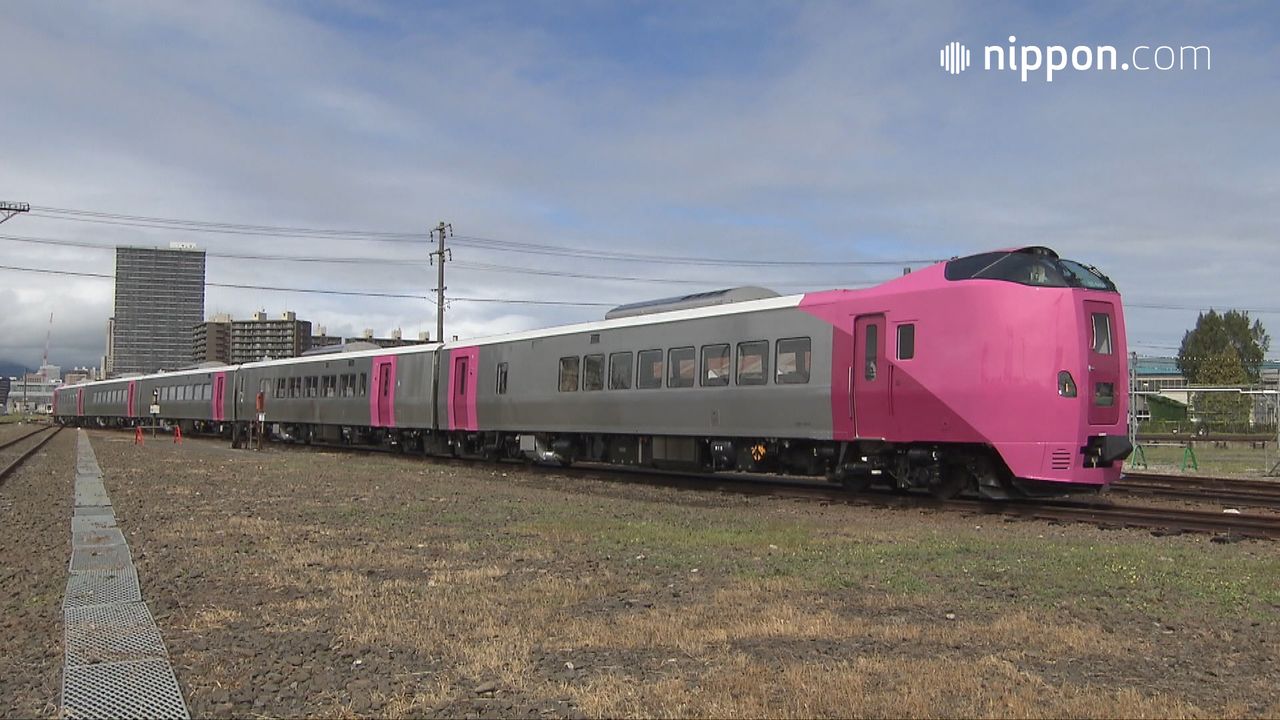 The JR Hokkaidō Hamanasu limited express train will soon make its debut. Its exterior color scheme includes the bright pink of the hamanasu flower associated with the northern prefecture. The first car in the five-car diesel train, equipped with seats with tables as well as window-facing seats to enjoy the passing scenery, can be used for tourist and other events. There is also an individual compartment with a low Japanese-style kotatsu table with legroom underneath, at which two passengers can sit facing each other. The second to fifth cars are regular passenger cars, all equipped with electrical sockets and free wireless LAN access. On September 26, prior to the launch of services, the Hamanasu train will be on display to the public at Otaru Station. The train will make its debut on October 17 and 18, with one-day tours commemorating the one-hundred-and-fortieth anniversary of train services in Hokkaidō. Following that, the train will be introduced on some of the regular limited express routes that connect Sapporo and other major stations in Hokkaidō.