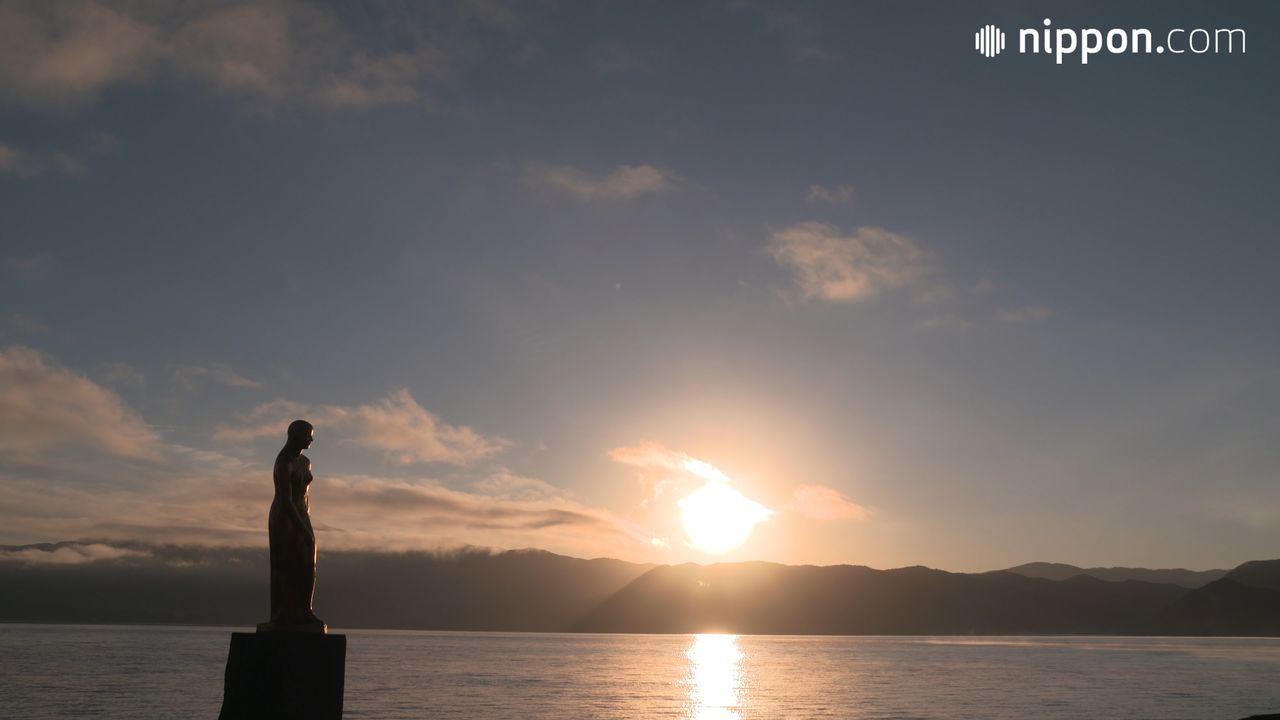 Lake Tazawa (Tazawa-ko) in Senboku, Akita Prefecture, reaches a depth of 423 meters, making it the deepest lake in Japan. It is not certain how it was formed: Though it has been said to be a volcanic caldera, some think it is a crater formed by the impact of a meteorite.

On a clear day, the surface of Lake Tazawa reflects the sky with a brilliant cobalt blue. The lake is also strikingly beautiful at dawn. First the sky brightens in the east,  and then the sun rises from behind the mountains, casting a rippled band of gold that stretches across the lake. The silhouette of a statue appears on the western shore—a bronze image of Tatsuko-hime, a beautiful young woman who according to legend was transformed into a dragon and became the guardian divinity of the lake. A Shintō shrine also stands on the shore, augmenting the mystical aura of the early morning scene.