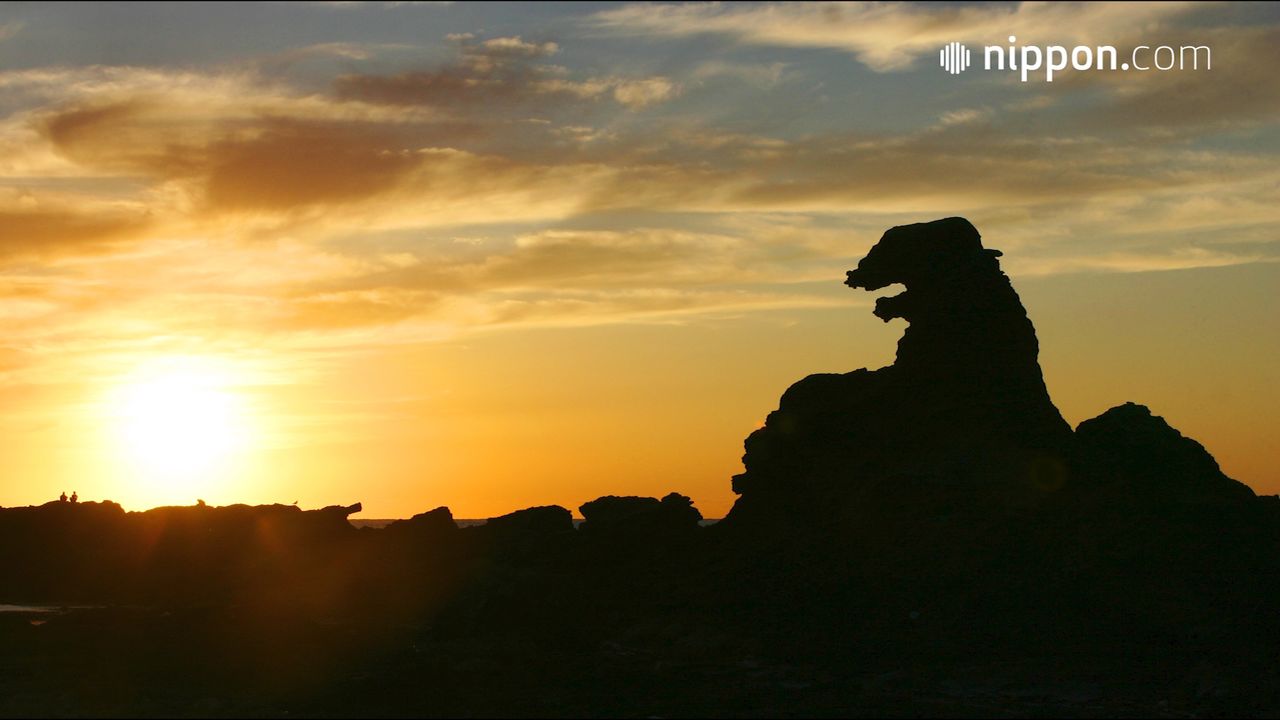 The rocky coastline of Cape Shiosezaki faces the Sea of Japan on the south side of the Oga Peninsula in Akita Prefecture. Definitely and the most distinctive feature of this coastline is “Godzilla Rock” (Gojira iwa), so named in 1995 because of its striking resemblance to the cinematic monster. The shore is full of rocks deposited by an erupting volcano and weathered by the wind waves over the ages. There are so many, in fact, that the Godzilla Rock can be hard to find during the day. But at sunset the silhouette of the monster stands out clearly against the western sky. And in October, when the sun sets by the outcropping, a trail of glowing clouds can make it look like Godzilla is blowing flames from his mouth—a great photo opportunity for visitors. Other nearby formations include “Godzilla’s Tail” and “Gamera Rock.” The area is also dotted with spots for playing on the rocky waterfront, making it a popular destination for families with children.