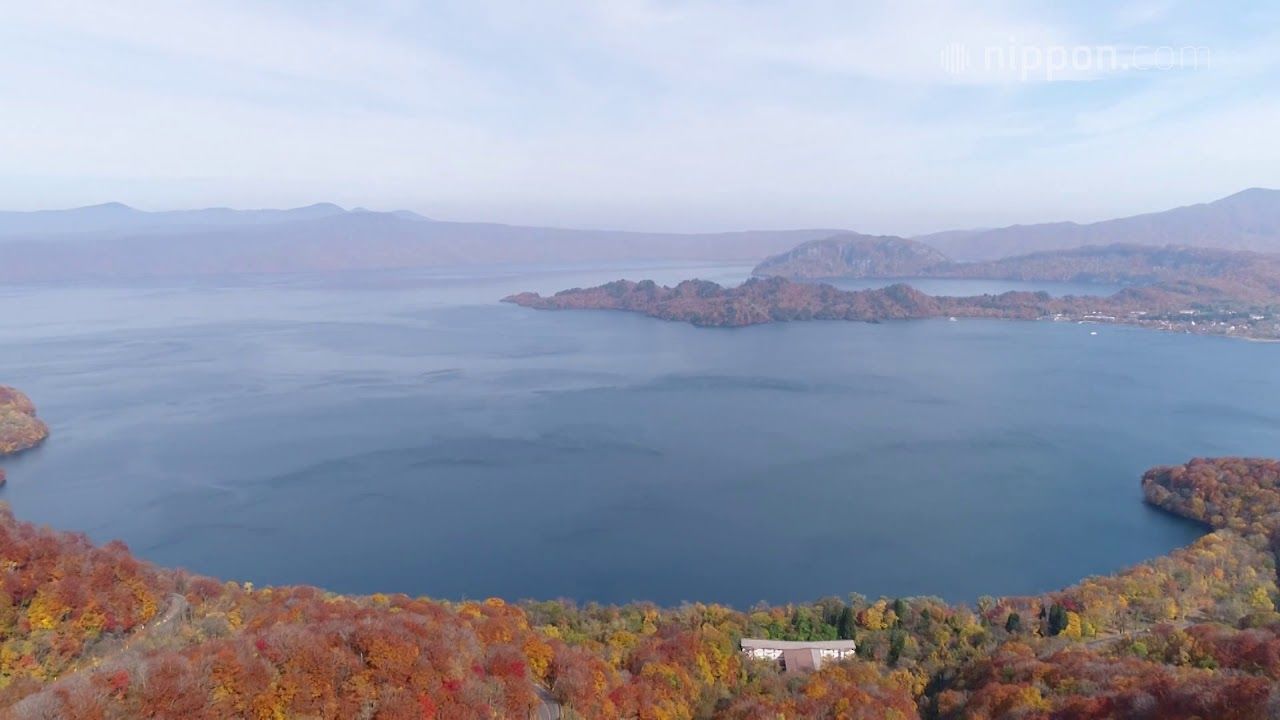 Lake Towada (Towada-ko), spanning the prefectural border between Akita and Aomori, is one of the main scenic attractions of the Towada-Hachimantai National Park, drawing streams of visitors throughout the year. The site is especially attractive during the autumn foliage season from mid-October through early November, when the deep blue of the lake surface offers a striking contrast to the red and yellow leaves of the maple, beech, and oak trees covering the surrounding slopes. Five observation points offer sweeping views of the scene, and sightseeing boat rides on the lake give visitors a chance to see how clear the water is.

This lake is a double caldera—a pair of craters resulting from volcanic activity. The portion called Nakanoumi (Middle Lake), which is nestled between two peninsulas, was formerly dry land, but it sank in a subsequent eruption, and water flowed in from the existing lake. It has a maximum depth of 327 meters, making this the third deepest lake in Japan. The outflow from eastern end of the lake is the source of the Oirase River, which extends over a 67-kilometer course to the Pacific Ocean. This river has carved a gorge that is considered the most beautiful in Japan.