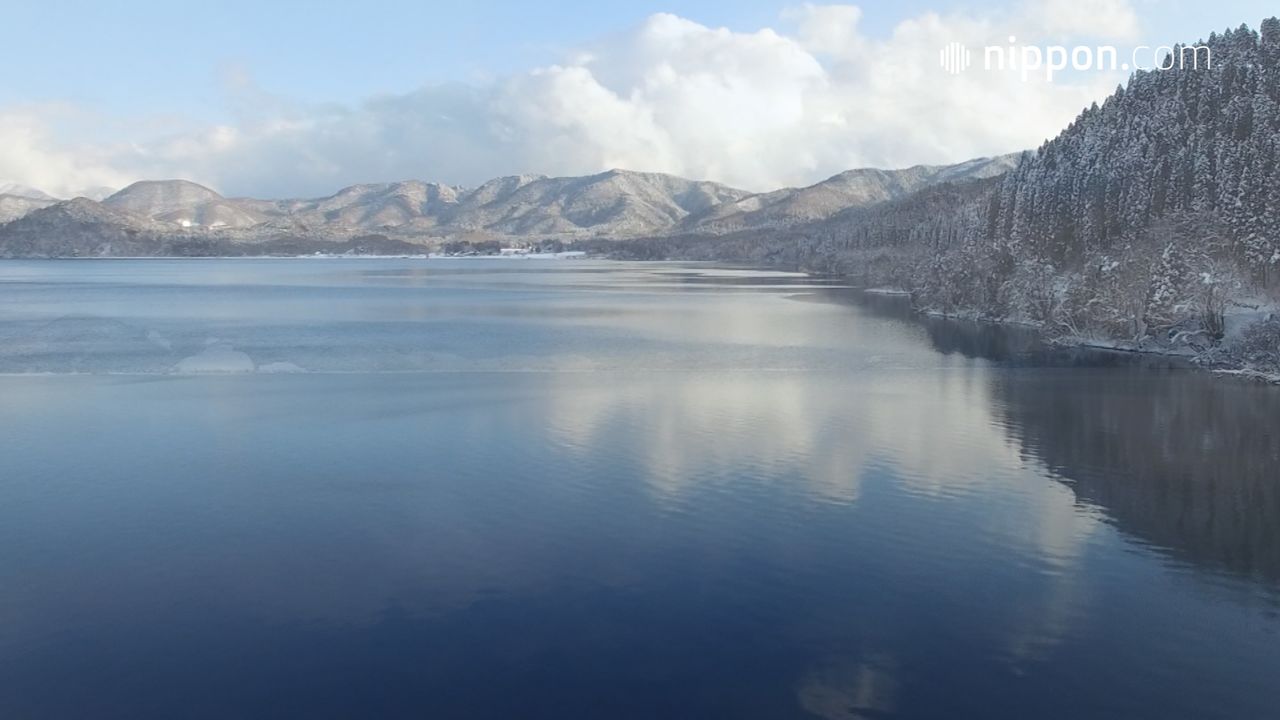 Lake Tazawa (Tazawa-ko) in Senboku, a city in eastern Akita Prefecture, never freezes. The winters in the area are extremely cold, but the surface of the lake keeps its deep cobalt blue color, offering a striking, almost otherworldly contrast to the snow-covered surroundings.

A gold statue of a woman stands next to the lake. It represents Tatsuko-hime, a young woman who prayed for eternal beauty. According to legend, the goddess Kannon heard her prayers and told her where to find a fountain of youth. She drank from it, but the more she did so, the thirstier she grew. Finally she realized that she had become a dragon. Ever since, she has dwelled in Lake Tazawa as its guardian deity.

Every winter, the legend has it, Tatsuko-hime is joined by Hachirō-Tarō, a human-turned-dragon from Lake Hachirō (Hachirōgata) in the western part of the prefecture. The warmth from the two dragons’ tryst keeps the lake from freezing.

Lake Tazawa the deepest lake in Japan, with a maximum depth of 423 meters. Its vast volume of water stores the warmth of the sunlight striking it, and as a result the water temperature never falls below the freezing point. That is the accepted scientific explanation, though it is hardly as charming as the legendary account.