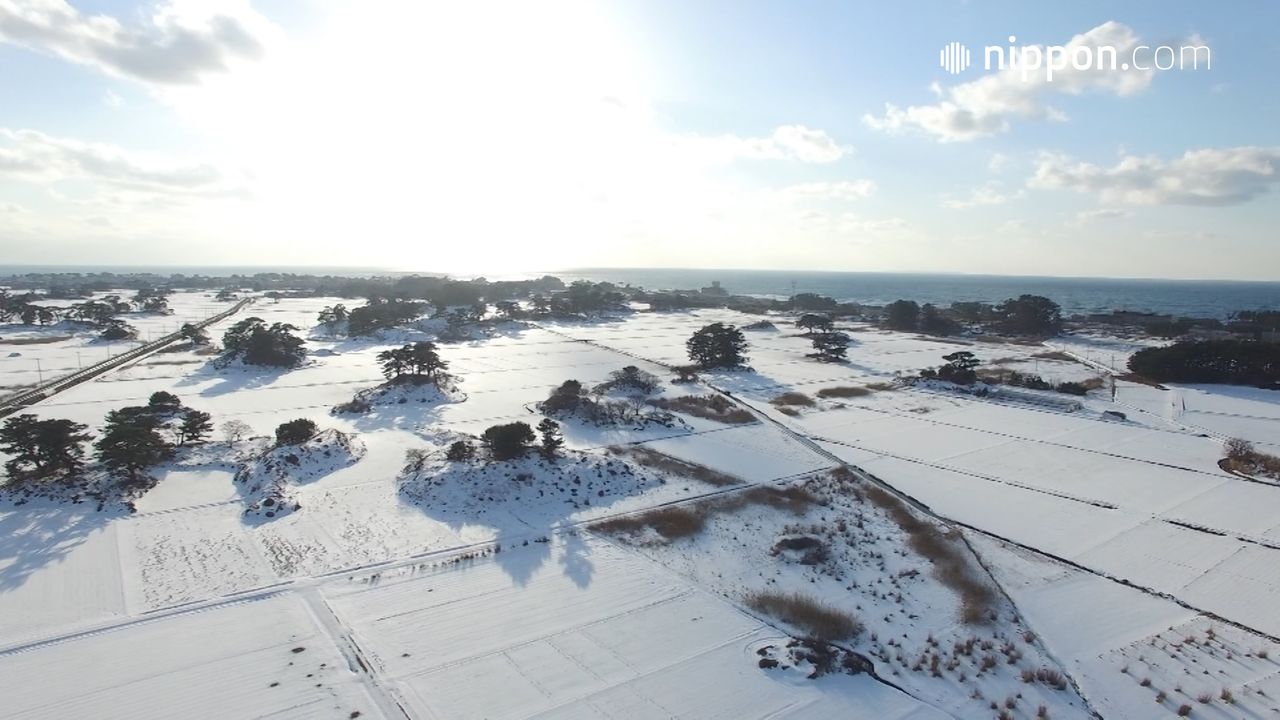 The Kisakata Kujūku Islands in Nikaho, Akita Prefecture, are famous as a scenic spot where outcroppings are scattered across a broad expanse of rice paddies, looking rather like an arrangement of bonsai. Many say that the site is at its best early in autumn, when the scene is of a set of islets in a sea of golden rice stalks. But it is attractive in another way when covered with snow in the winter. Visitors can take in a sweeping view from the observation deck of a nearby roadside rest and shopping facility, enjoying the contrast between snow-covered Mount Chōkai and the lead-colored Sea of Japan. The beauty of the scene is often compared to that of Matsushima in Miyagi Prefecture, a renowned tourist attraction where many small islands rise from the waters just off the Pacific coast. But some say that Akita’s attraction comes out ahead of Miyagi’s in terms of seasonal variation.

Formerly these were islands in a lagoon known as Kisakata. The famous seventeenth-century poet Matsuo Bashō stopped to take in this scene as part of the tour that served as the basis for his great work Oku no hosomichi, translated The Narrow Road to the Deep North. He observed that while Matsushima seemed bright, the scene at Kisakata had a shadowed appearance. Early in the nineteenth century an earthquake caused the bed of the lagoon to rise, allowing the area to be turned into rice paddies. Even now, however, the scene for visitors during the winter may be similar to what Bashō saw.