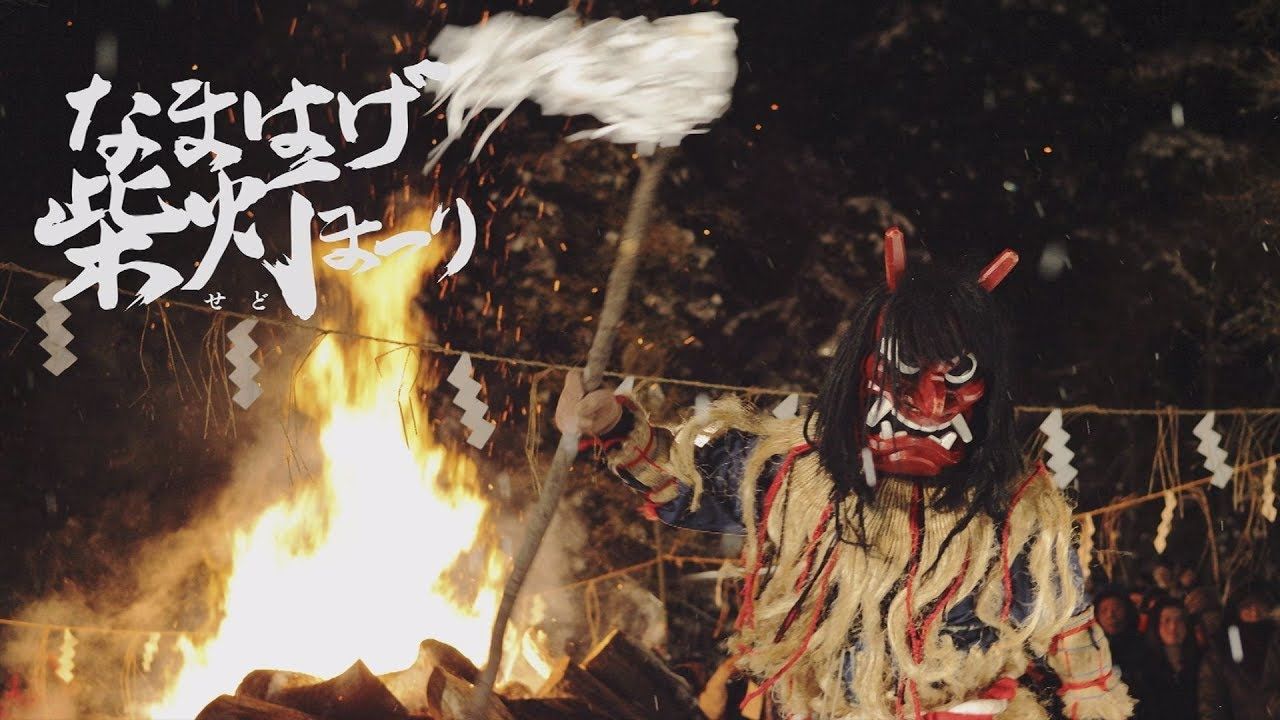 The Namahage Sedo Festival in Akita Prefecture is held from February 7 to 9 at Shinzan Shrine in Kitaura, Oga City. The festival, which tourists can also enjoy, combines the traditional namahage New Year’s events in various areas in Oga Peninsula with Shintō shrine rituals.

In the traditional events, men dressed as deities of Oga, called namahage, wearing demonic red or blue masks, shout, “Are any of you lazy? Are any of you crybabies,” after barging into homes around the village. The festival has been gaining more attention outside Japan after being designated an intangible cultural heritage by UNESCO in December 2018. The festival held at Shinzan Shrine recreates the New Year’s events that are difficult for members of the public to normally view. It is an impressive sight to witness the fantastic namahage deities coming down from the snow-covered mountain, carrying torches and looking valiant and powerful as they beat on drums and dance wildly.