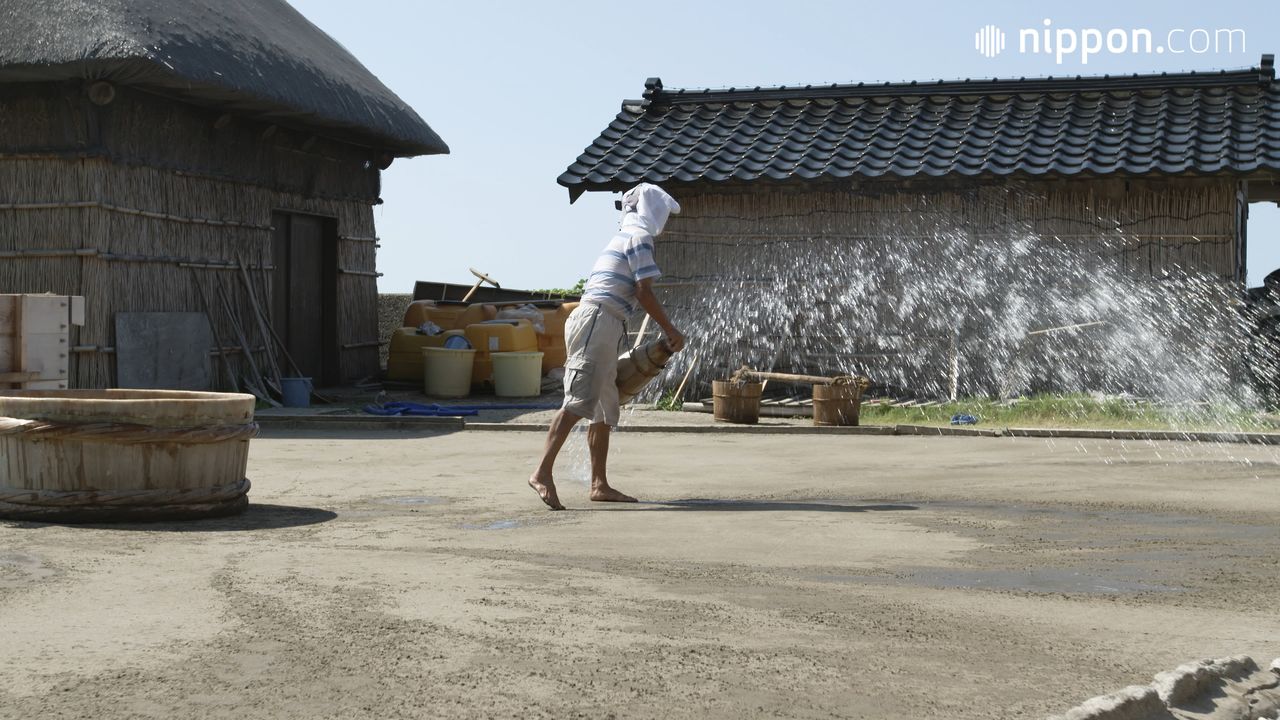 Making Salt on the Sea of Japan

The traditional method of producing salt by spreading seawater on beds of sand is in use today at only one location in Japan—in the city of Suzu, Ishikawa Prefecture, on the Noto Peninsula. Seawater is carried in buckets from the ocean and scattered onto a large bed of raked sand. After it sets, the salt-coated sand is scraped off the surface and shoveled into a tank. More seawater is added, and the salty brine is drawn off. This is then simmered in a large barrel to evaporate the water, leaving crystallized salt.

Spreading the salty water uniformly on the sand bed is a skill that requires experience. After it is spread, the sun and the wind evaporate the water, and the salt becomes attached to the sand on the surface. The salty sand is scraped from the top of the sand bed with a long, flat tool and placed in an open, square tank to which more seawater is added. Salty brine is drawn from the bottom of the tank and put into a cauldron to be boiled down over a wood fire. The fire is kept going overnight, and by around dawn the salt has turned into white crystals of salt. This natural salt, rich in minerals, is valued by chefs in Japan and abroad.

Salt making by this traditional process, called agehama in Japanese, is said to date back to the late sixteenth century on the Noto Peninsula. It was promoted by the area’s feudal rulers as a source of revenues for themselves and as a form of assistance to the farming population. In 2008 the process won official designation as an important intangible folk cultural property. In 2018 Emperor Naruhito (then the crown prince) visited Suzu and observed salt being made.