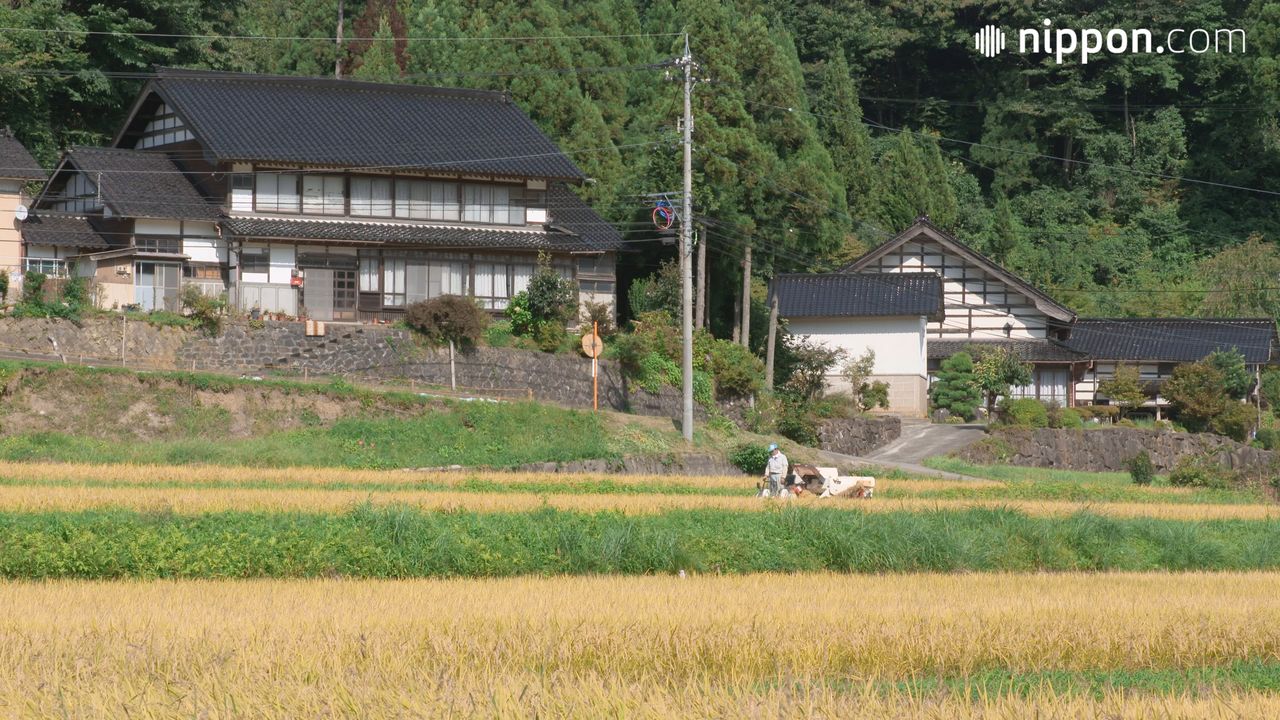 The town of Noto in Ishikawa Prefecture is the site of Shunran-no-Sato, a collection of hamlets alongside small rivers, with rice paddies and fields for other crops surrounded by gentle tree-covered slopes. The white walls of traditional farmhouses contrast with the black-tiled roofs against the background of natural green, creating a quintessentially bucolic scene.

Around 50 of the farming families in the district are now providing accommodations for tourists in their traditionally built homes. Guests at these farmhouse inns sit around sunken hearths, partaking of meals that are made with local ingredients and served on Wajima-nuri lacquerware. The area does not have any special tourist spots, but visitors can take part in optional activities depending on the season, such as planting and harvesting rice in the nearby paddies and gathering mushrooms and other wild edibles from the woods.

In 2011 the Noto Peninsula, including the town of Noto, was certified by the Food and Agriculture Organization of the United Nations as a “Globally Important Agricultural Heritage Systems” site. This area is now seen as a leading prospect for the development of ecotourism in Japan.