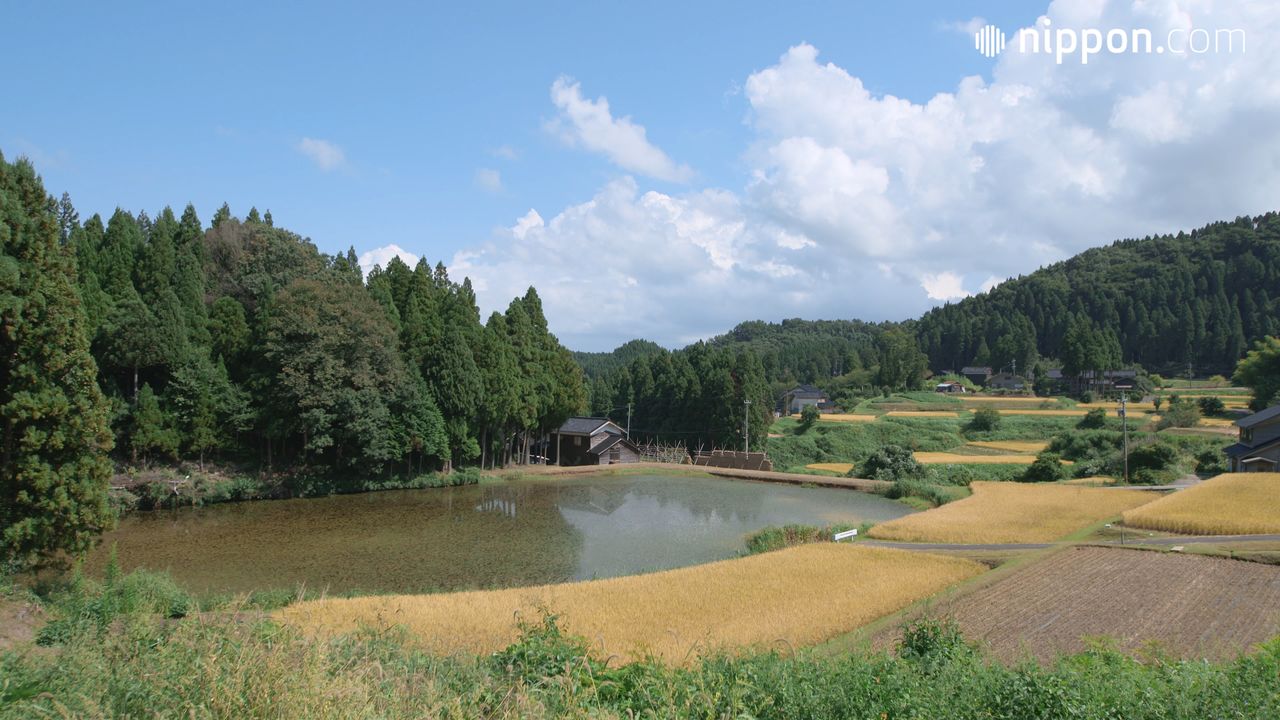 Kanakura: A Scenic Hamlet in the Mountains of Noto Peninsula

The mountainous interior of the Noto Peninsula in Ishikawa Prefecture is dotted with scenic hamlets surrounded by cultivated wooded slopes. The scarcity of flat land made farming difficult, but the local residents managed to deal with adverse conditions by cooperating with each other. And the work that these ancestors did has resulted in the beautiful rustic scenery that we enjoy today. Kanakura, in the city of Wajima, is one of these hamlets in the mountains. They created the terraced paddies that turned it into one of the leading rice-producing communities in the area. And they encouraged the establishment of Buddhist temples, which helped the hamlet thrive by attracting new residents as parishioners and by securing exemptions from the heavy rice levies imposed by local rulers. The combination of rice paddies, temples, and cultivated woods is a legacy that has won Kanakura a place among Japan’s “top 100 rural communities” as judged by the Asahi Shimbun. The area has also won designation from the Food and Agriculture Organization of the United Nations as a “Globally Important Agriculture Heritage Systems” site.

In recent years Kanakura’s population has dwindled, but the hamlet’s residents have continued to display the resourcefulness of their ancestors. They have invited students and researchers from Kanazawa University to do fieldwork here and have been cooperating with them as a community. They have also been working to develop ecotourism, and the hamlet, with a population of just 150, now attracts some 8,000 visitors a year.