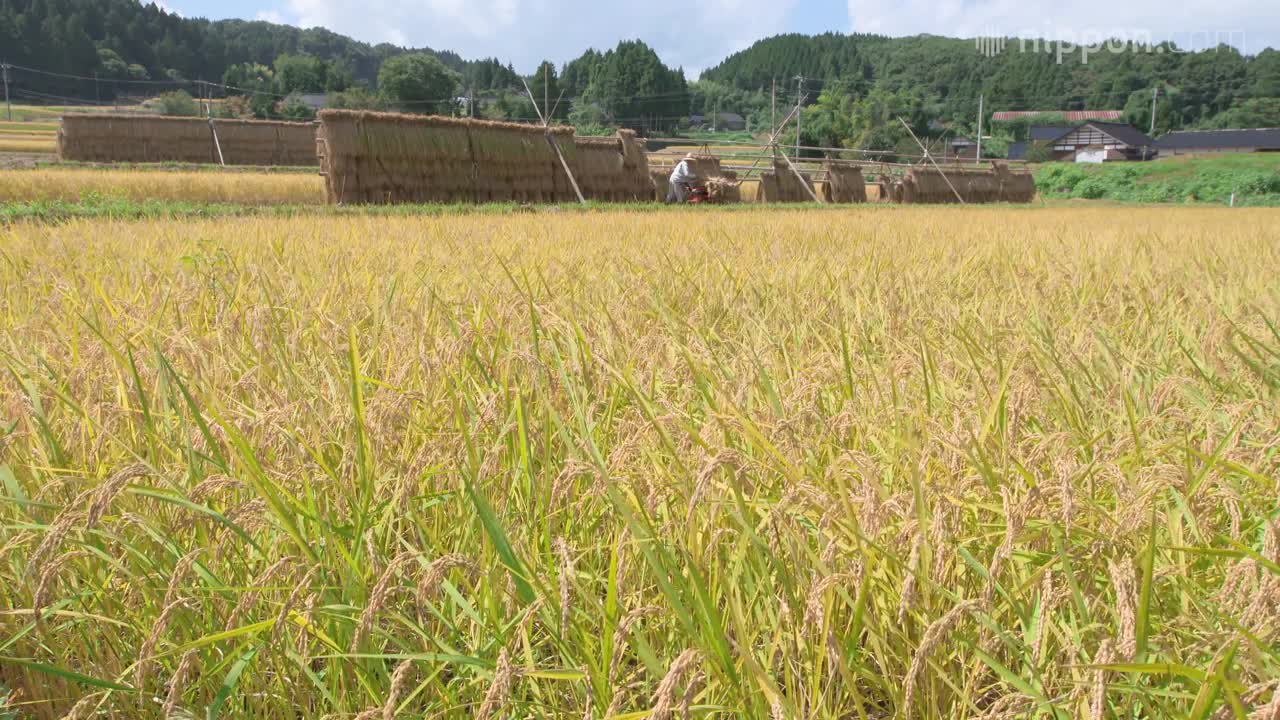 During the harvest season in the mountain villages of the Noto Peninsula, sheaves of rice are hung out to dry in the sun on wooden racks called haza. (Other appellations include inagi, inekake, and inabata.) Previously these racks of rice drying in the sun were a common sight in farming areas across Japan, but now harvested rice is generally threshed and dried by machine. Hanging the ears of rice on racks in the sun is a more gradual way of drying the grains, resulting in less cracking and loss of flavor. In other words, this method produces better-tasting rice.

Growing rice in the mountainous interior of the Noto Peninsula is difficult, and there is a shortage of farmers to tend the terraced rice paddies that have been built into the slopes around villages. But now volunteers are actively participating in efforts to preserve the traditional agricultural practices that have been maintained in this area, including the sun-drying method of producing delicious rice.