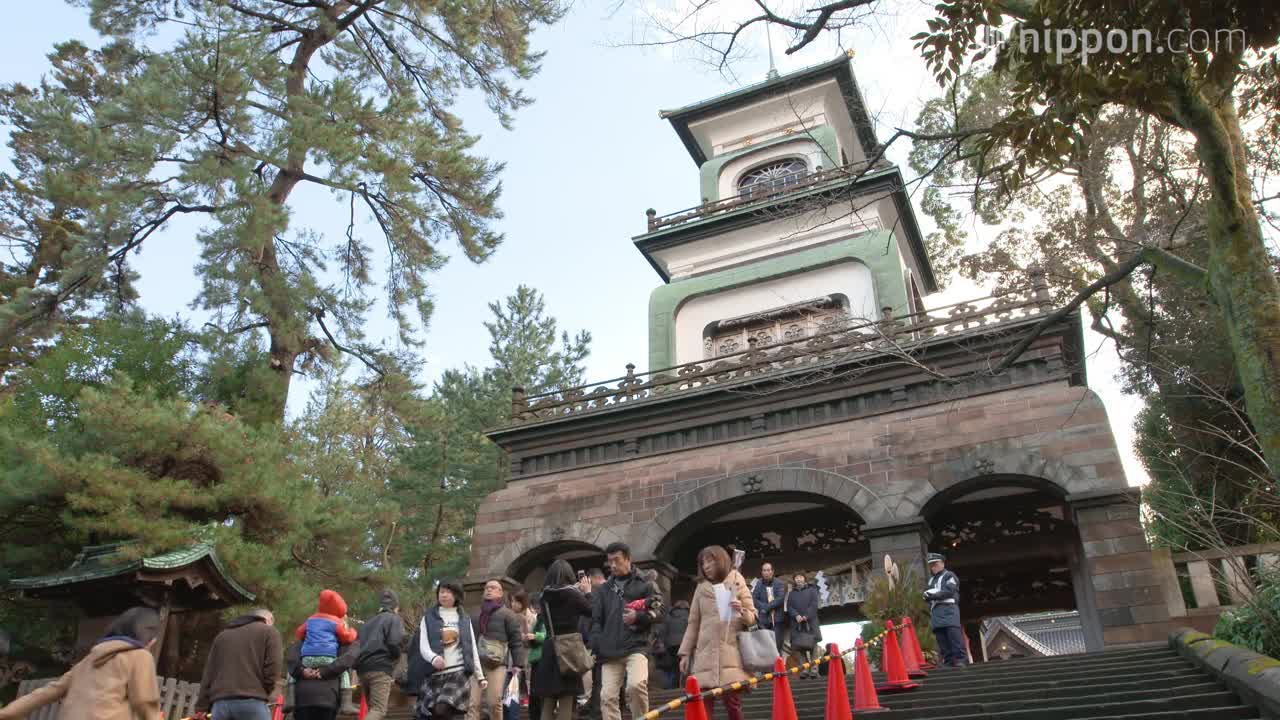 It is traditional in Japan to visit a temple or shrine during the New Year’s holidays. And some places are especially popular as destinations for these visits, including Oyama Shrine (Oyama Jinja) in Kanazawa, capital of Ishikawa Prefecture. During the New Year’s season it is thronged with visitors from both inside and outside the prefecture. The present shrine dates back to 1873. It was built at the initiative of the Maeda clan, which had ruled the area for close to three centuries. It is dedicated to the clan’s sixteenth-century ancestor Maeda Toshiie and his wife Matsu.

At the time Oyama Shrine was built, Japan was in the midst of a great drive to modernize and Westernize, and this is reflected in the design of the main gate, called Shin-mon (Gate of the Divinities), which incorporates Western elements. This structure is in fact a combination of Japanese, Western, and Chinese styles. The gate has three levels, the lowest consisting of a set of three stone arches and the topmost featuring Western-style windows with colored panes. Unique in many ways, it is considered one of Kanazawa’s architectural icons, and it is a nationally designated important cultural asset.

Visitors enter the shrine by climbing a set of stone steps and passing through Shin-mon; they then proceed to the main building, where they clap their hands in prayer. The shrine is conveniently located in the central part of Kanazawa, and the New Year’s visitors include tourists who have also come to enjoy the holiday in the city’s historic quarters.