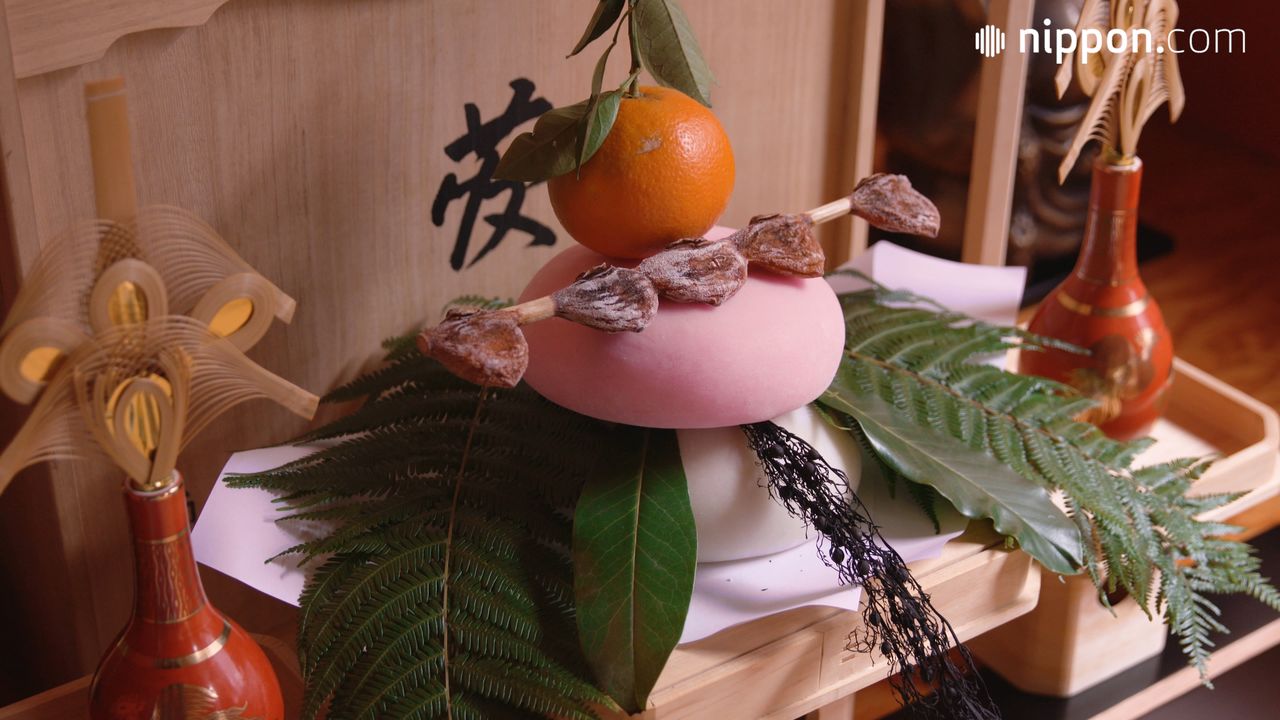 Mochi, or rice cake, is a popular food in Japan, and it is associated with festive occasions. During the New Year’s season, families commonly set out a stacked pair of rounded rice cakes, known as kagami mochi, as offerings to Toshigami, the New Year’s deity. This is a centuries-old tradition that is still very much alive today.

Rice cakes are ordinarily white, but in Kanazawa (Ishikawa Prefecture), the New Year’s pair of kagami mochi include a “red” one (actually a light pink color). This local custom dates back to  the Edo period (1603–1868), when such pairs of rice cakes—red below and white above— were offered to the rulers of the Kaga domain, who had their seat in Kanazawa. Red and white are considered an auspicious pair of colors, and over the years the practice of using them together for rice cakes spread to the display of kagami mochi ordinary homes. But the order of the colors was reversed—white below and pink above—as it was felt disrespectful to mimic the lordly arrangement exactly.

In Kanazawa the usual arrangement of the stack includes some New Year fern (urajiro) leaves and bits of hondawara seaweed placed on the lower rice cake, with a daidai citrus fruit and pieces of dried persimmon on top of the stack. The kagami mochi is traditionally placed on a stand called sanpō and put on display in the tokonoma, a special alcove for hanging scrolls and placing decorative items like flower arrangements. In the past families pounded and colored their own mochi for New Year’s, but now it is common to buy ready-made kagami mochi sets at stores.