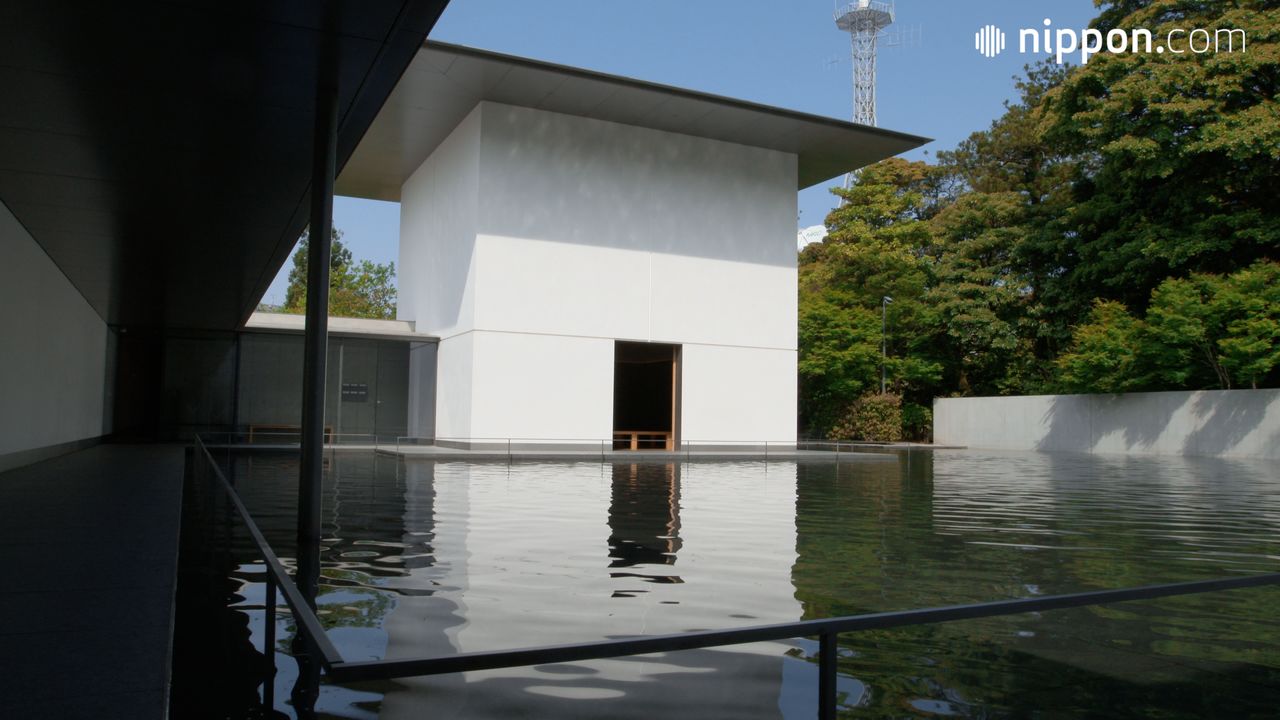 The city of Kanazawa, Ishikawa Prefecture, is home to numerous facilities housing artistic and cultural holdings. One that stands out among them is the D. T. Suzuki Museum. Sited in a residential part of the city, stark and devoid of ornamentation, this modernist structure with its clean lines was designed by Taniguchi Yoshio (1937–), an architect with ties to the city. This is a relatively small example of Taniguchi’s work, which includes many museums and other public facilities, but it is suffused with his high esteem for Suzuki Daisetsu Teitarō (1870–1966), the Kanazawa-born Buddhist scholar and thinker better known worldwide as Suzuki Daisetz or D. T. Suzuki.

The museum’s entrance wing features a kimusuko wooden lattice like those seen on the teahouses in Kanazawa’s older districts. Passing through the entrance vestibule and making their way toward the exhibition wing, visitors are greeted by a modest collection of 33 photographs, books, and writings offering glimpses into Suzuki’s life and work. The exhibits include very little in the way of explanatory text. Rather, visitors are invited to contemplate them quietly while also taking in the museum’s Water Mirror Garden unfolding before the exterior corridor. The shallow waters of this garden function like the rocks and sand of a classical kare-sansui garden, expressing grand views of nature in a small space.

Standing in the midst of this mirrorlike pond is the Contemplative Space, a small structure whose roof admits light to illuminate tatami benches sitting on the wooden floor. The small windows offer simple views of the museum garden’s water, stone walls, and trees alone.

Suzuki studied philosophy at university, but it was his own personal practice and the translation work he did during his years spent in the United States that gave him his grounding in Buddhism and Zen in particular. Through publishing and speaking activities in the English language, he gave Japanese culture and the country’s take on Buddhism a global reach. His thinking on religious themes had an impact on literary and cultural figures in Japan and around the world. At the D. T. Suzuki Museum, the impact on the visitor is that of tranquility. Spend time here and examine your own soul with an open mind and you will come into contact with the spirit of this thinker who shared Japan’s tradition with the world.