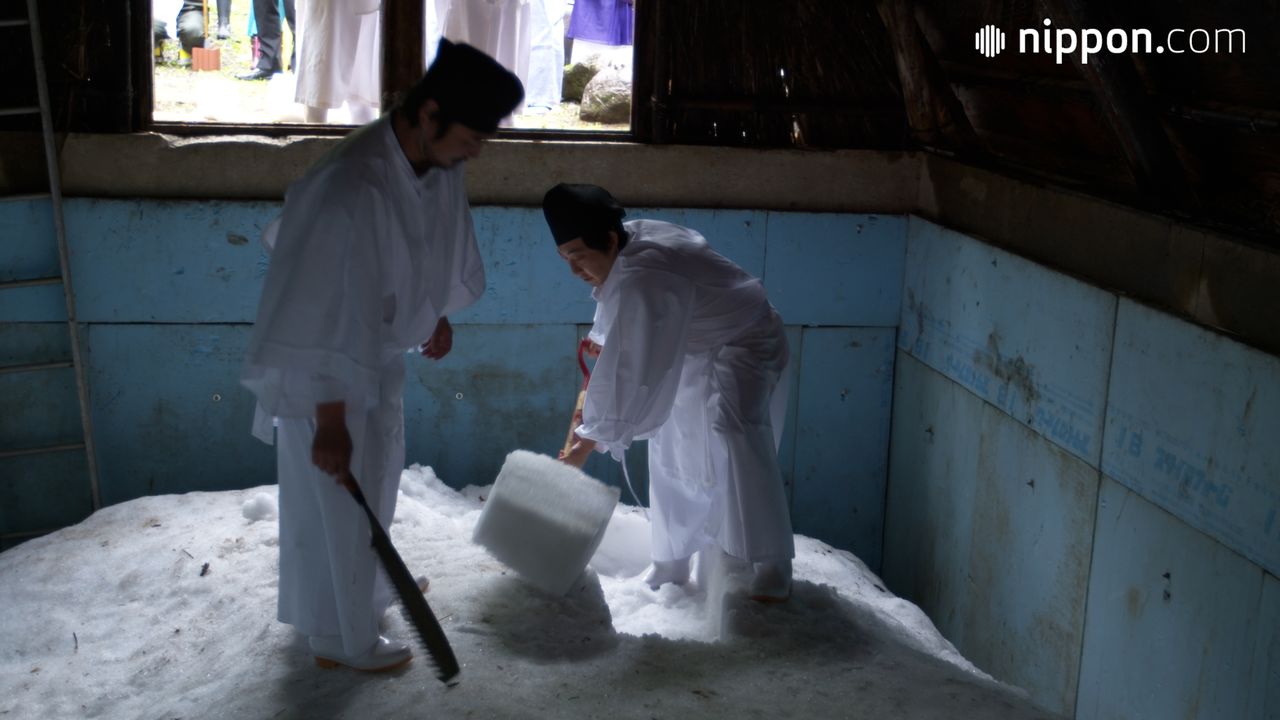 The Revival of “Himuro-Biraki”: A Feature of Summer at Kanazawa’s Yuwaku Onsen

Himuro-biraki, when blocks of hard-packed snow preserved in an ice house are carried outside in a ceremony, is a feature of summer in Kanazawa, Ishikawa Prefecture. The practice was started by the Kaga clan in the early years of the Edo period (1603–1868), and the precious ice was even presented to the ruling Tokugawa shogunate. According to the old calendar, the event took place on the first day of June at a variety of locations across the castle town in order to fight the summer heat with cool ice. Nowadays, it takes place on June 30 at Yuwaku Onsen, a hot spring resort in the mountainous outskirts of the city. It is, in a way, a traditional event with a zero energy footprint, and is therefore also in line with sustainable development goals.

Ice houses fell into disuse in the modern era with the spread of ice making machines and refrigerators, until in the early postwar years, the tradition of himuro-biraki was abandoned. However, the tourism association of Yuwaku Onsen has since revived the event. Municipal leaders saw an opportunity to promote tourism to the region while also rekindling the tradition of using snow to preserve food. In order to achieve optimum insulation in the ice house, a hole is dug into the soil, the walls covered in concrete, and a thatched roof is added. The townspeople take part in packing of the snow into the ice house, which happens every year on the last Sunday of January.

During the Edo period, ordinary townspeople did not have access to ice in the summer, but on June 1 they would eat himuro manjū, round cakes that looked like ice, and pray for good health. With those prayers in mind, traditional Japanese cake manufacturers in the prefecture still make and sell the traditional treat from mid to late June.