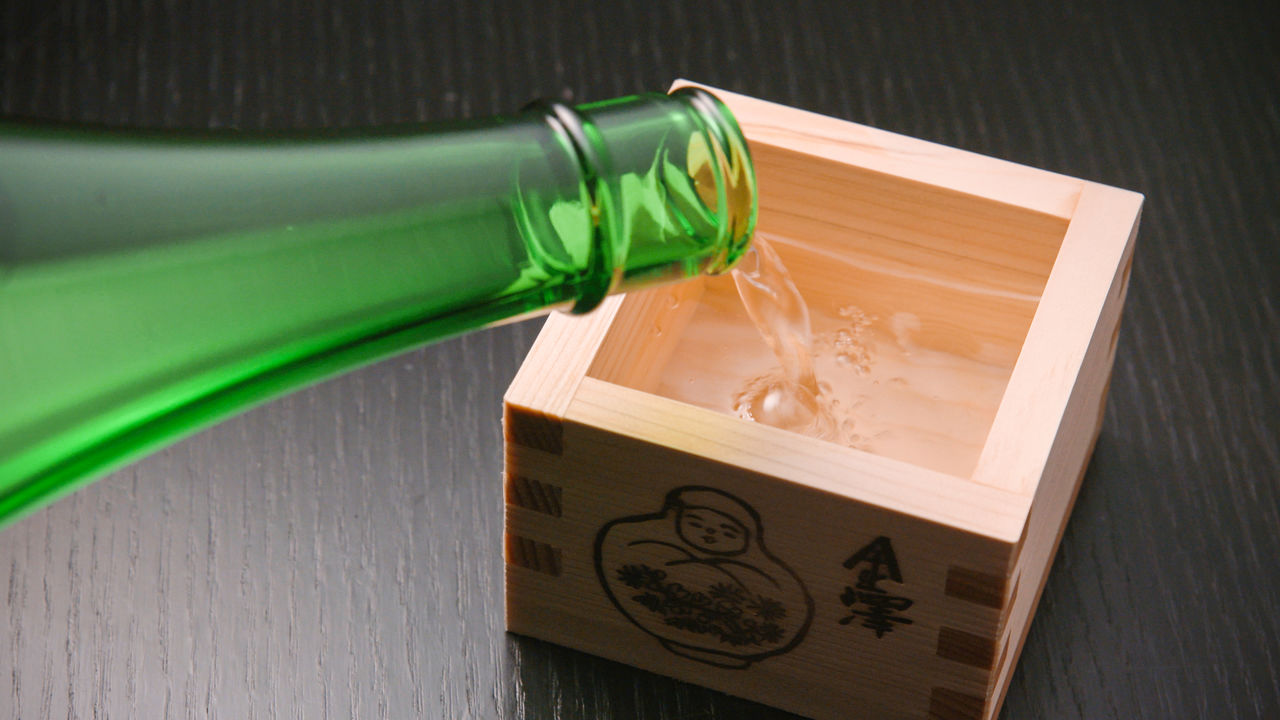 Great-tasting sake is built on three ingredients: fine-tasting water, quality rice, and the best kōji (mold culture). Ishikawa Prefecture boasts all of these, along with skilled brewery workers. Every sake brewery has a brew master and assistants who closely supervise the temperature to encourage the fermentation process. Slow fermentation in the bitter cold of winter produces rich, deep flavors in the resulting drink.

Sake making starts with washing the rice, using local water called hyakunensui. In Ishikawa Prefecture, this refers to rainwater falling in the foothills of Mount Haku, which has slowly percolated through the soil and acquired the ideal combination of minerals for producing great-tasting sake.

The washed rice is then steamed and placed in a chamber where it is sprinkled with a type of mold known as kōji-kin to make kome kōji, the rice-based mold culture. This breaks down the rice’s starch into sugar. A yeast culture then turns this sugar into alcohol. All the while, the brewery workers monitor the subtle changes in the kōji by examining its smell, taste, and texture, adjusting the process and controlling the temperature depending on each stage of kōji development. 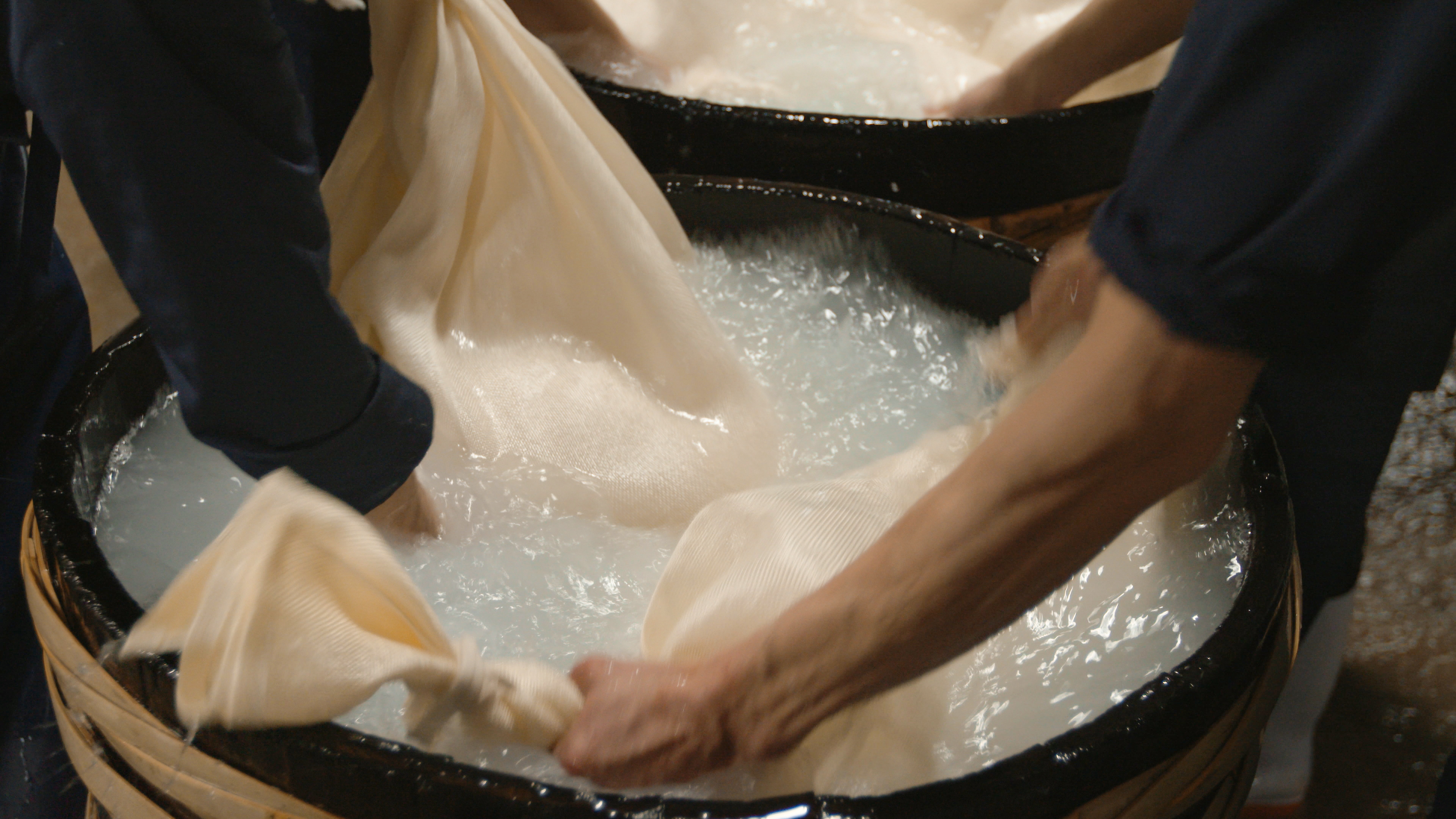 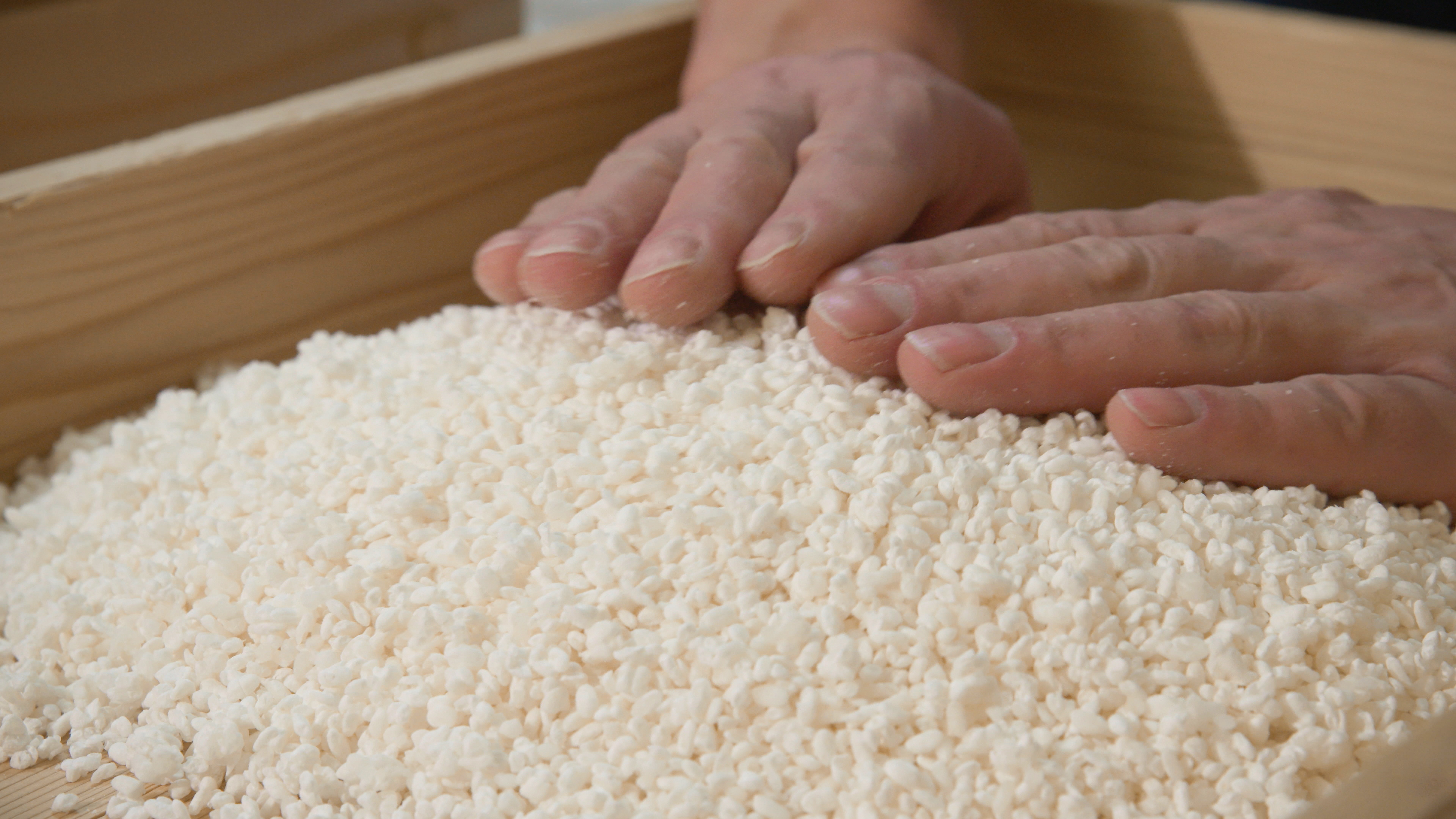 The kome kōji mold culture is made by adding spores of Aspergillus oryzae mold to the washed rice.

The yeast culture, which plays the main role in sake making, is cultivated in a yeast starter room. Making a large amount of yeast culture is an important process before the next step, which is to ferment large amounts of rice. To keep the yeast culture at the optimal temperature, the steamed rice is quickly transferred to large tanks. 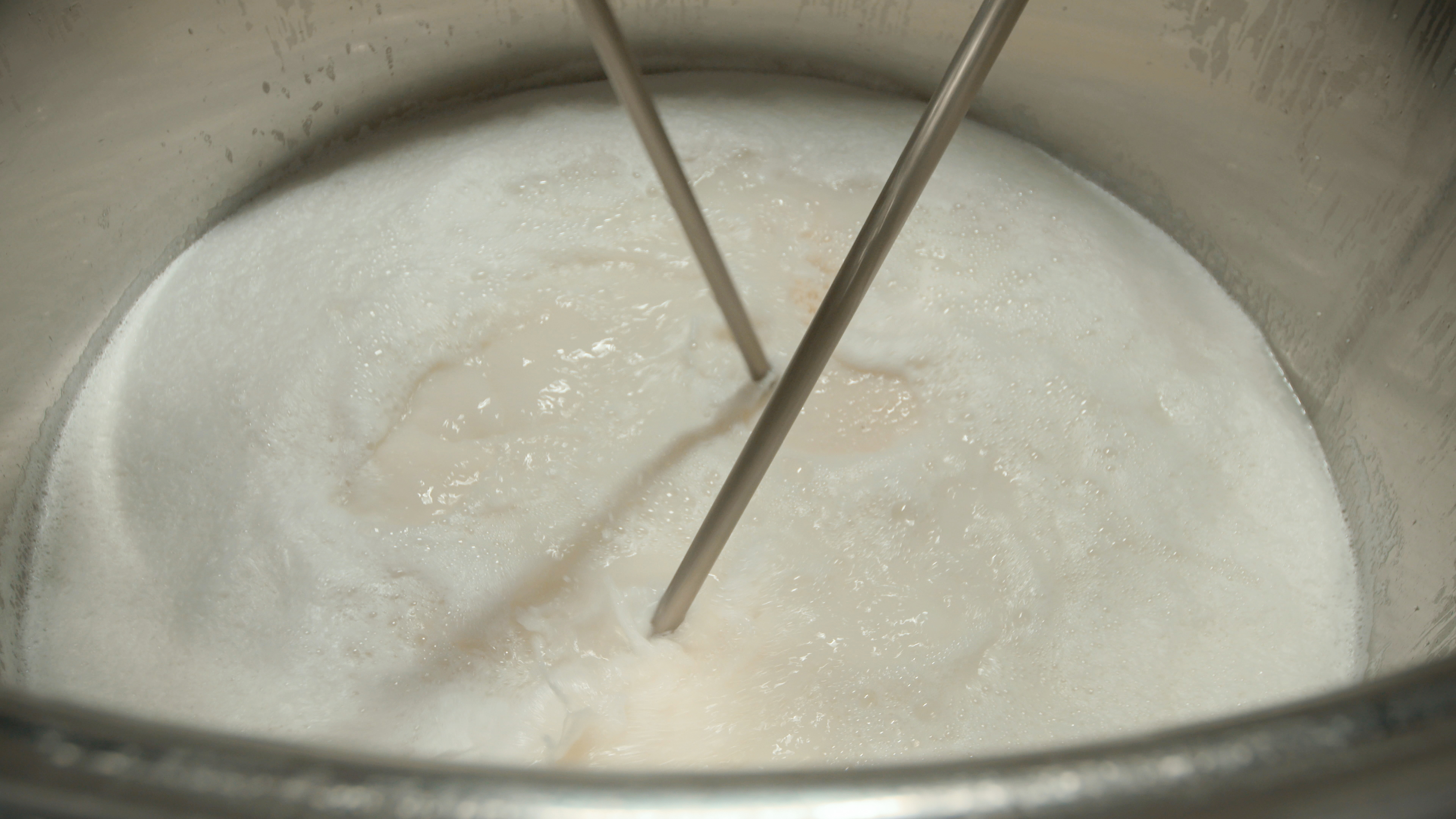 Preparing the shubo yeast starter is a vital step in the process.

In the fermentation room, the steamed rice, kōji mold culture, water, and the yeast culture are placed in large tanks with rounded bottoms, to facilitate the natural circulation of the ingredients and promote balanced fermentation, a key to making delicious sake. 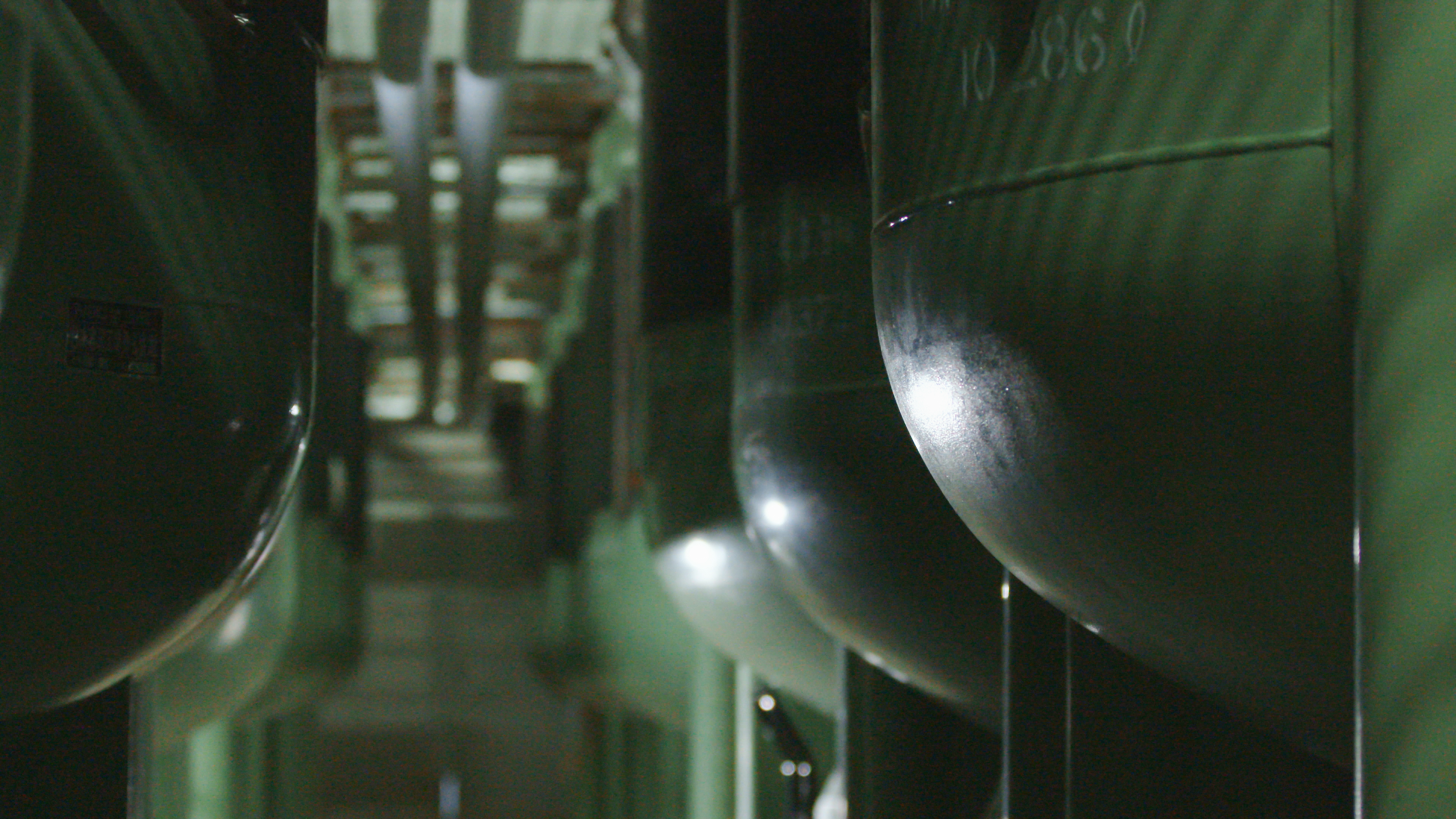 The rounded bottoms of the fermentation tanks encourage the ingredients to circulate naturally.

Good sake cannot be rushed, and workers looking after the mash get no time off, regardless of holidays on the calendar, as they must let the microorganisms do their work at their own pace. The brewery workers liken their job to a mother tending to a newborn. 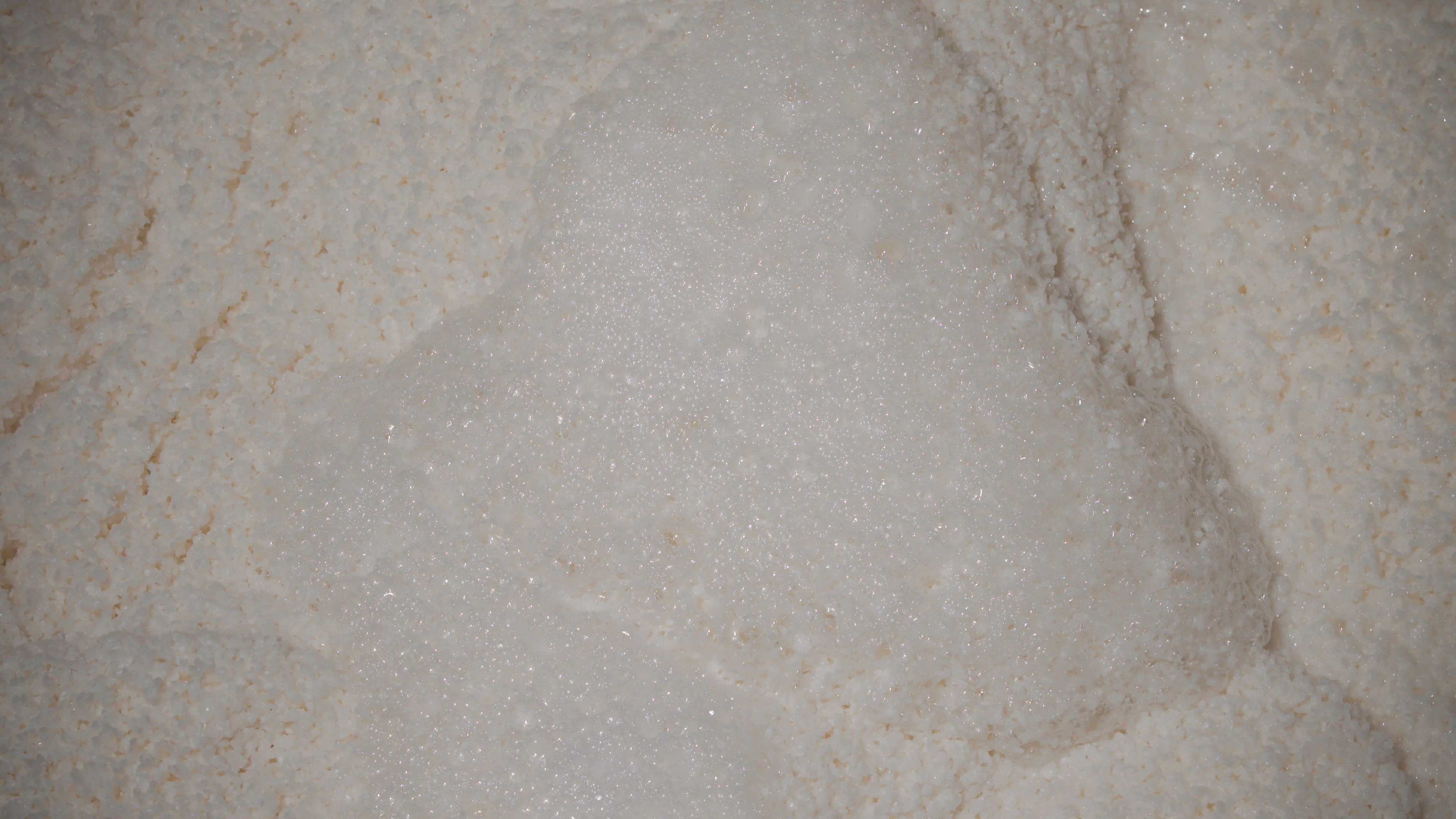 Sake making depends on maintaining an ideal balance for the microorganisms that do the most important work.

Fukumitsuya, a sake brewer in the city of Kanazawa, uses yeast cultures distributed by the Brewing Society of Japan, but also conducts its own research in this area. There are approximately 300 strains of yeast cultures, and brewers select from among them to produce the characteristics they are looking for in their sake products.

Kanazawa’s brewers carry on the traditions of their forebears while they continue refining their skills and creating new sake with distinctive traits. 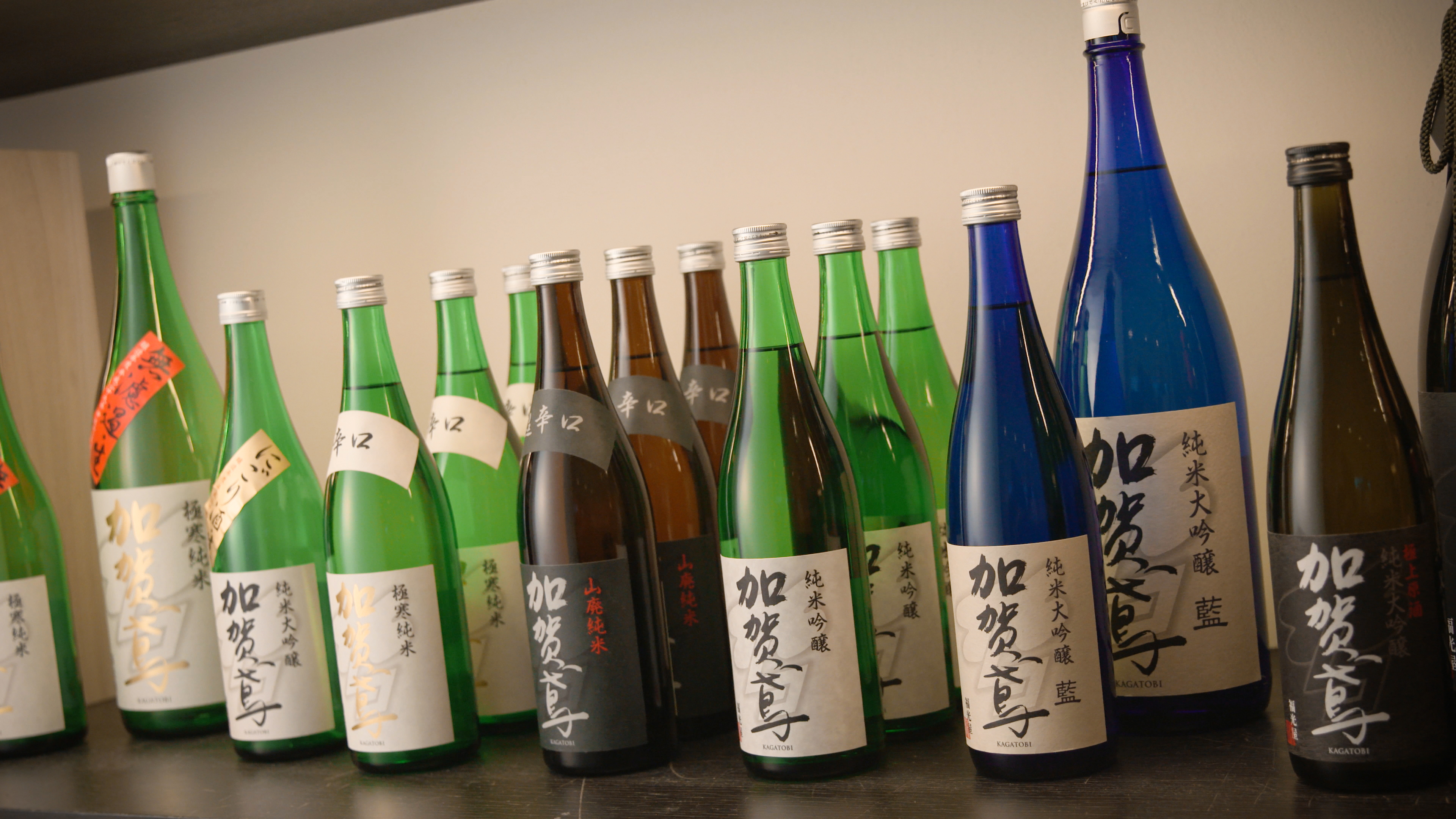