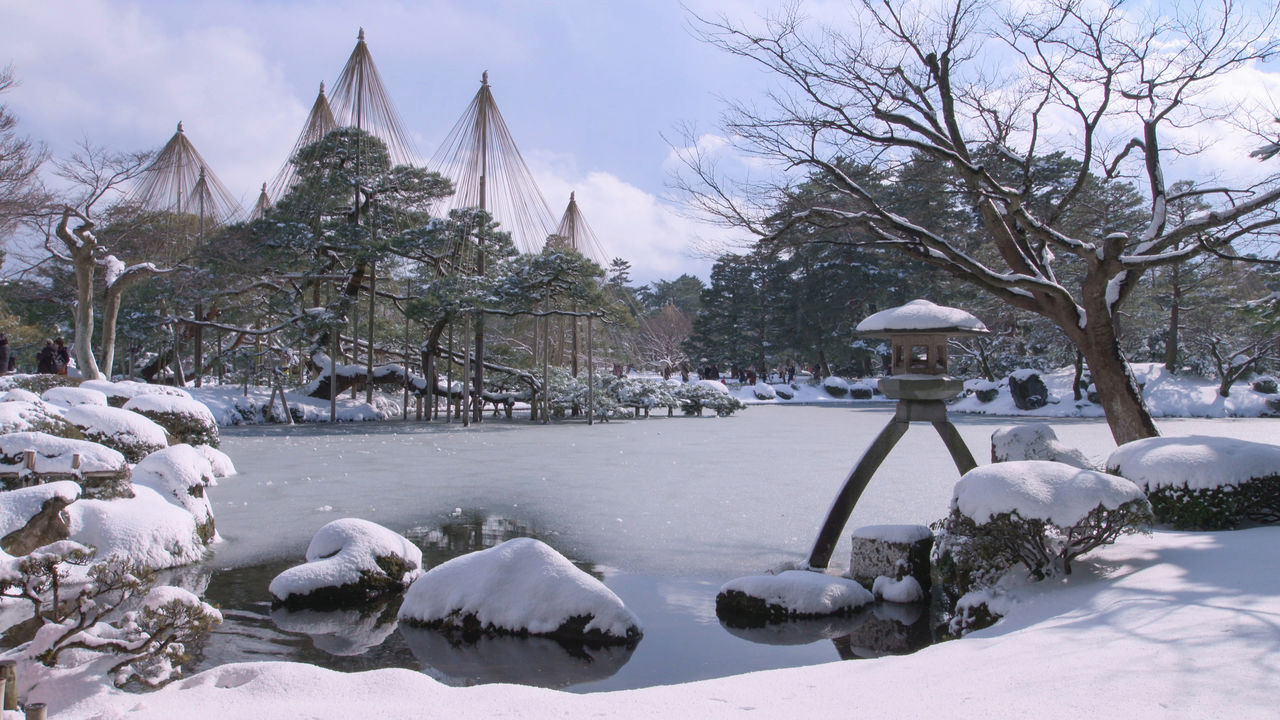 Guide to Japan Travel Nov 9, 2018
Every November, Kanazawa prepares its beautiful gardens for the heavy winter snows of the Sea of Japan, protecting its trees with yukizuri ropes and its earthen walls with komo straw mats.

As the colors of autumn foliage deepen in November, the city of Kanazawa bustles with preparations for the coming winter. The trees in Kenrokuen, one of Japan’s three most celebrated gardens, are suspended from ropes attached to tall bamboo poles to protect the branches from heavy snow. Known as yukizuri, the conical forms of the ropes add a surprisingly elegant touch to the garden’s winter scenery.

Work commences on November 1, with the Karasaki Pine, widely admired for its spreading branches. Around 800 ropes are suspended from five supporting poles and tied to the outspread branches of the venerable pine. Gardeners atop the supporting poles throw out the ropes one by one until perfect cones of ropes is formed. Work continues to mid-December; the yukizuri ropes are left in place until March, when the heaviest snows finally stop falling. 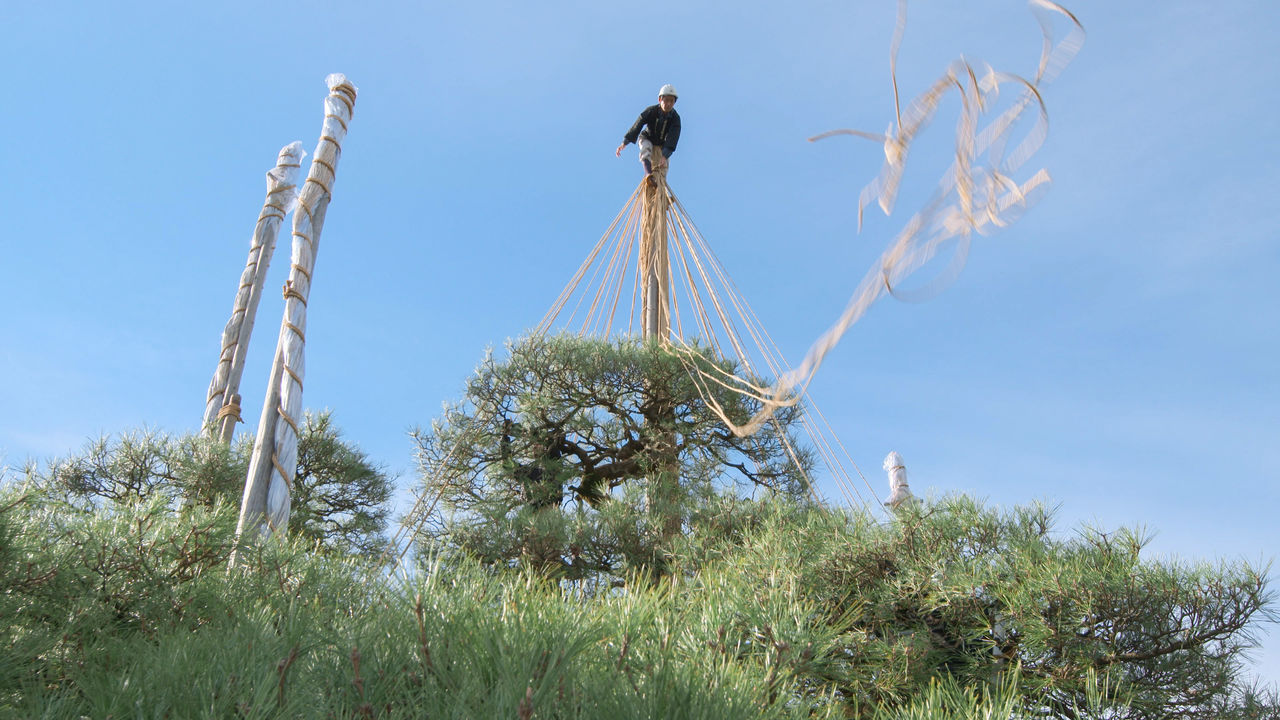 A gardener atop a supporting pole prepares to throw down a yukizuri rope. 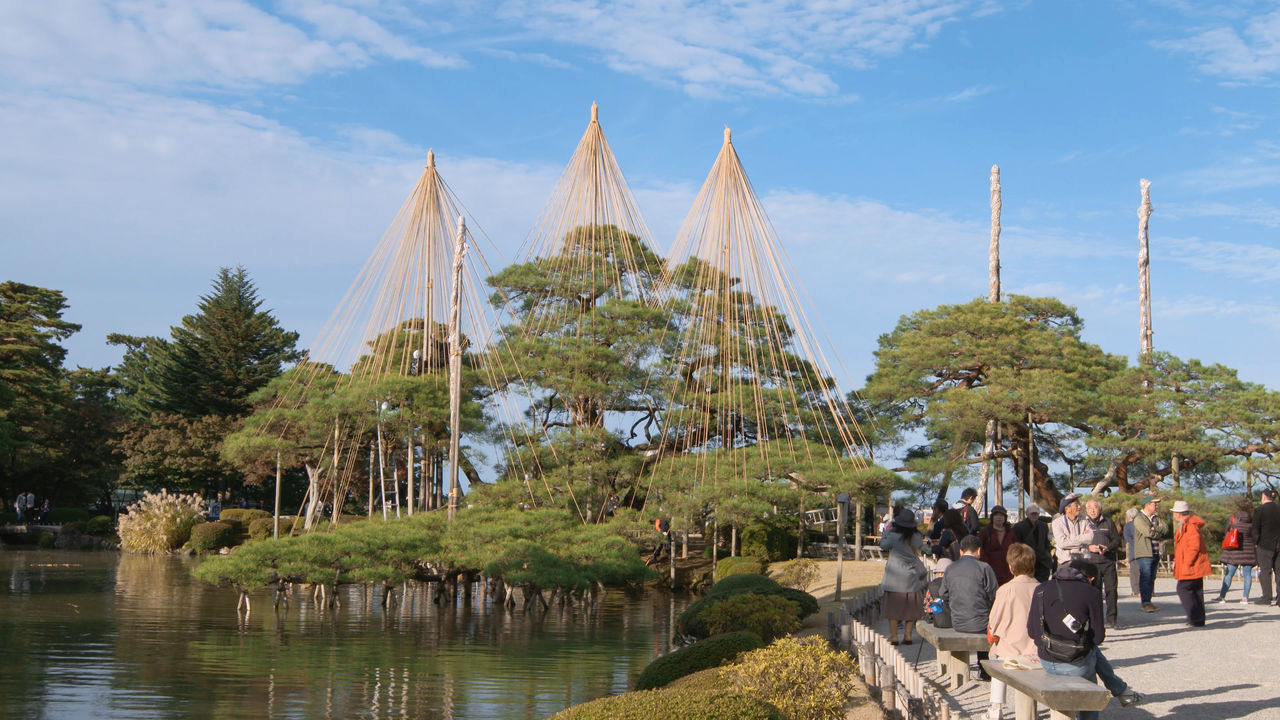 The ropes form elegant cones around the trees.

In the Nagamachi district, workers are busy placing straw mats called komo along the earthen walls surrounding the samurai mansions. The mats protect the walls from frost that would cause them to crack and snow that could cause them to peel away in clumps. The work, known as komogake, is carried out over a period of three days in December. The straw mats are left in place until early spring, when no more serious snowfall is expected.

Yukizuri and komogake are traditions developed over centuries in the yukiguni, the “snow country” along the Sea of Japan coast, which sees some of the deepest annual snowpacks anywhere on the planet. To this day, they herald the approach of winter in Kanazawa. 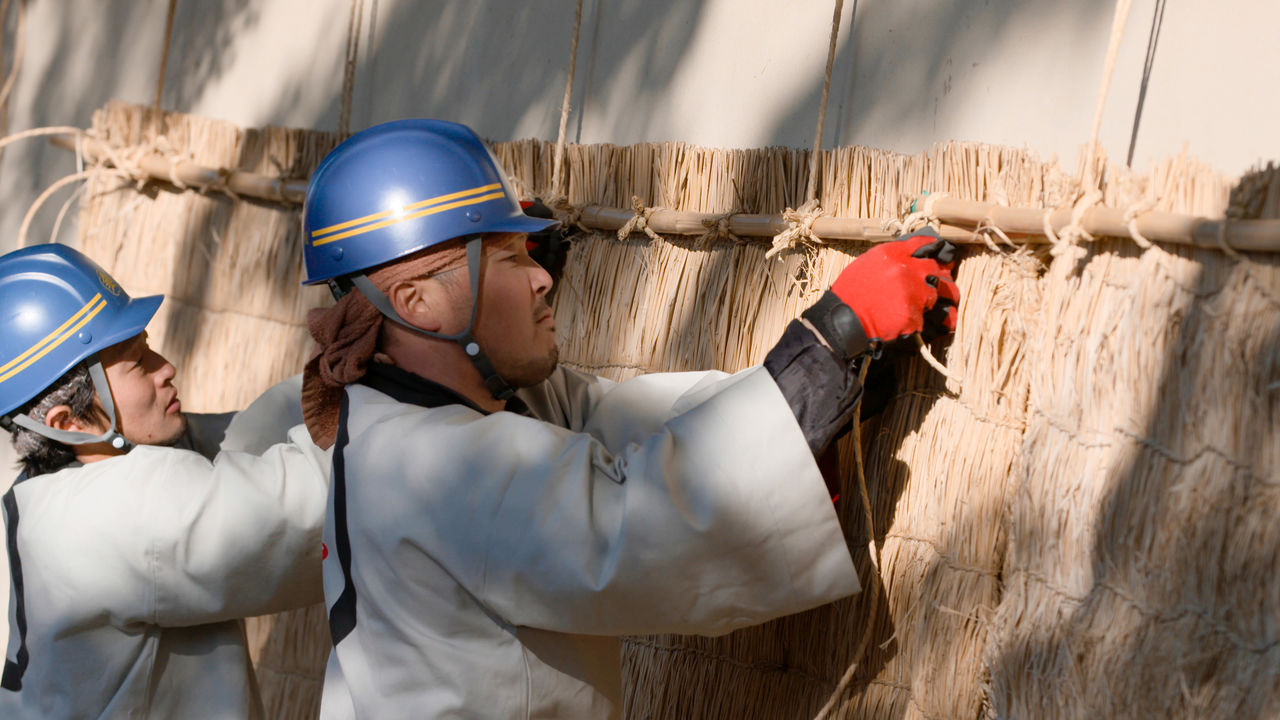 Komogake is carried out over a period of three days in December. 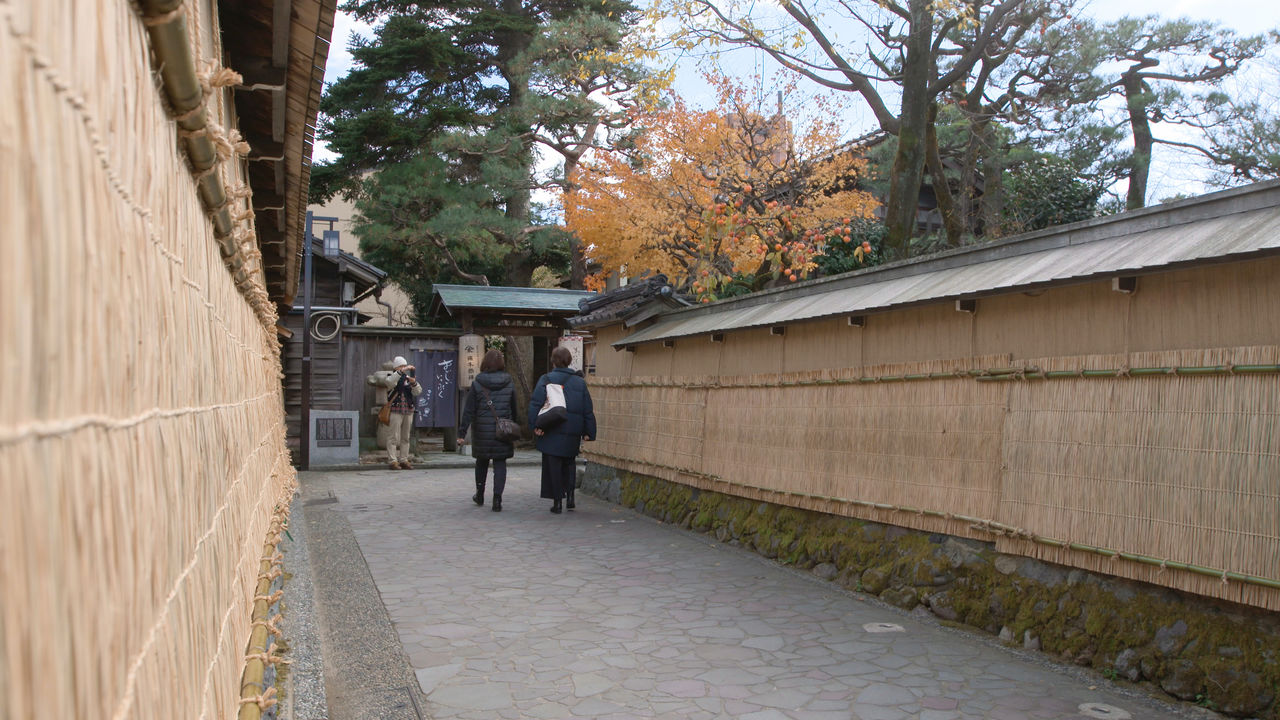 The komogake mats protect the earthen walls from snow and frost.