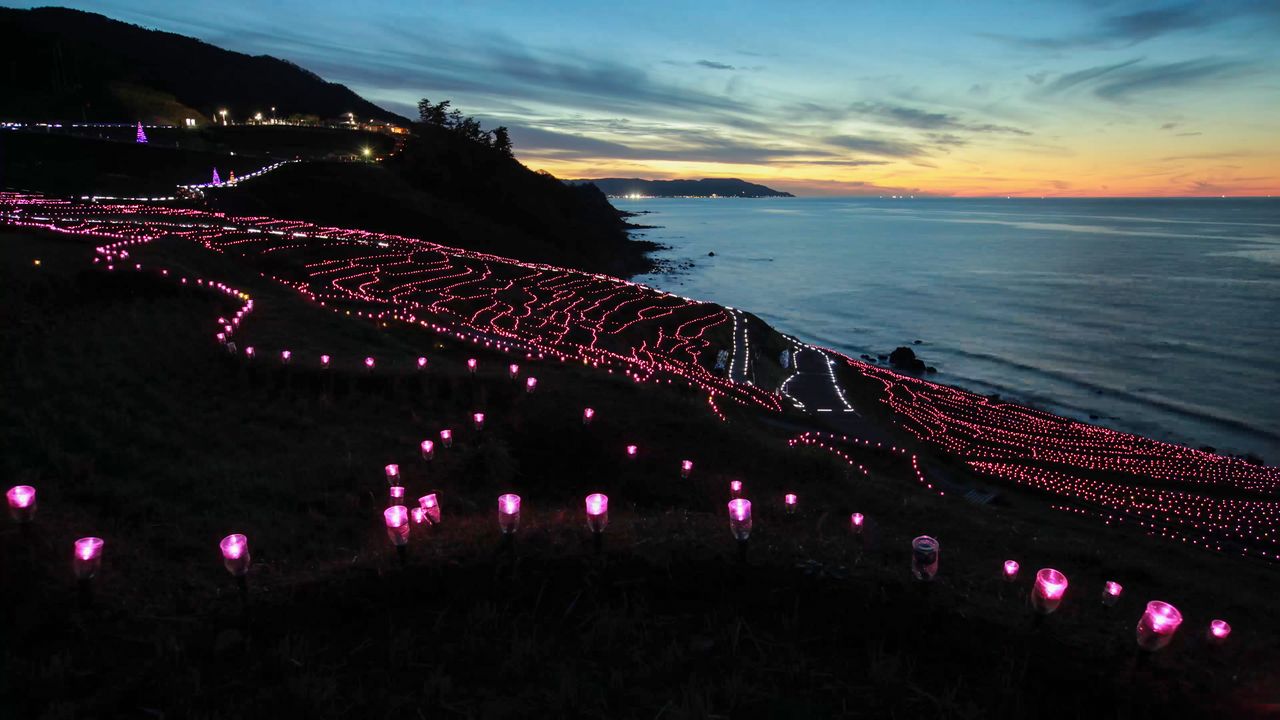 Winter Wonderlands on the Ishikawa Coast

Guide to Japan Travel Mar 23, 2019
Ishikawa’s winters are bitter, but the prefecture offers sites worth visiting in the coldest months. We take you to illuminated rice paddies, rugged rock formations, and vital wetlands.

At Shiroyone Senmaida, in Wajima, Ishikawa Prefecture, small, terraced rice paddies stretch from high on the seaside hills right down to the waves of the Sea of Japan. This landscape typifies the satoyama and satoumi—human-tended natural environments that are vital to the communities near them—of the Noto area, which the United Nations has recognized as a Globally Important Agricultural Heritage System. Domestically, these staircase paddies have been designated a National Scenic Site and named to a nationwide list of the 100 most scenic rice paddies. They are worth a visit at any time of year, but during the fallow winter months, the ridges here are beautifully lit with solar-powered LEDs after sunset. 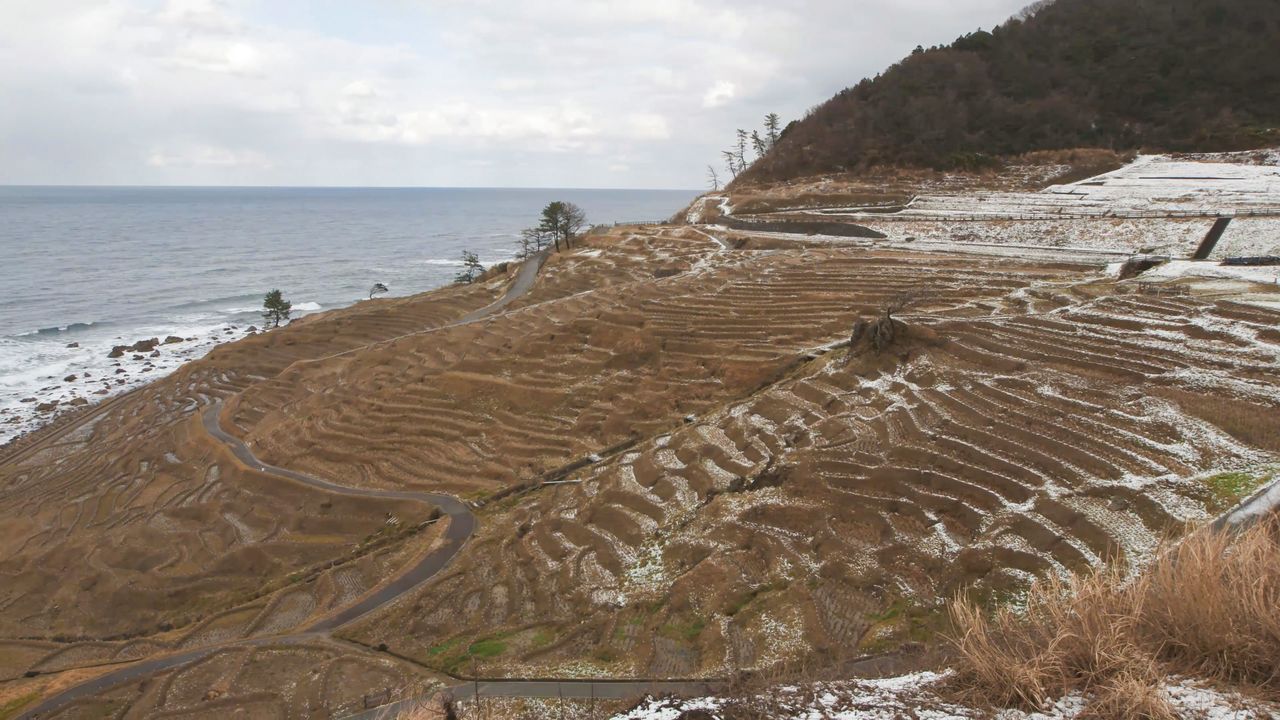 Shiroyone Senmaida by day. On winter nights, the area is illuminated with changing colors.

The rugged coastline continues along the Sosogi coast in the northern part of Wajima. Madoiwa (window rock), a distinctively shaped rock formation just off the shore with a two-meter hole punched through a crag, is a designated natural monument and a protected geologic formation. The sight of Madoiwa in winter, battered by waves and showered by the resulting spray, is a spectacle to see. 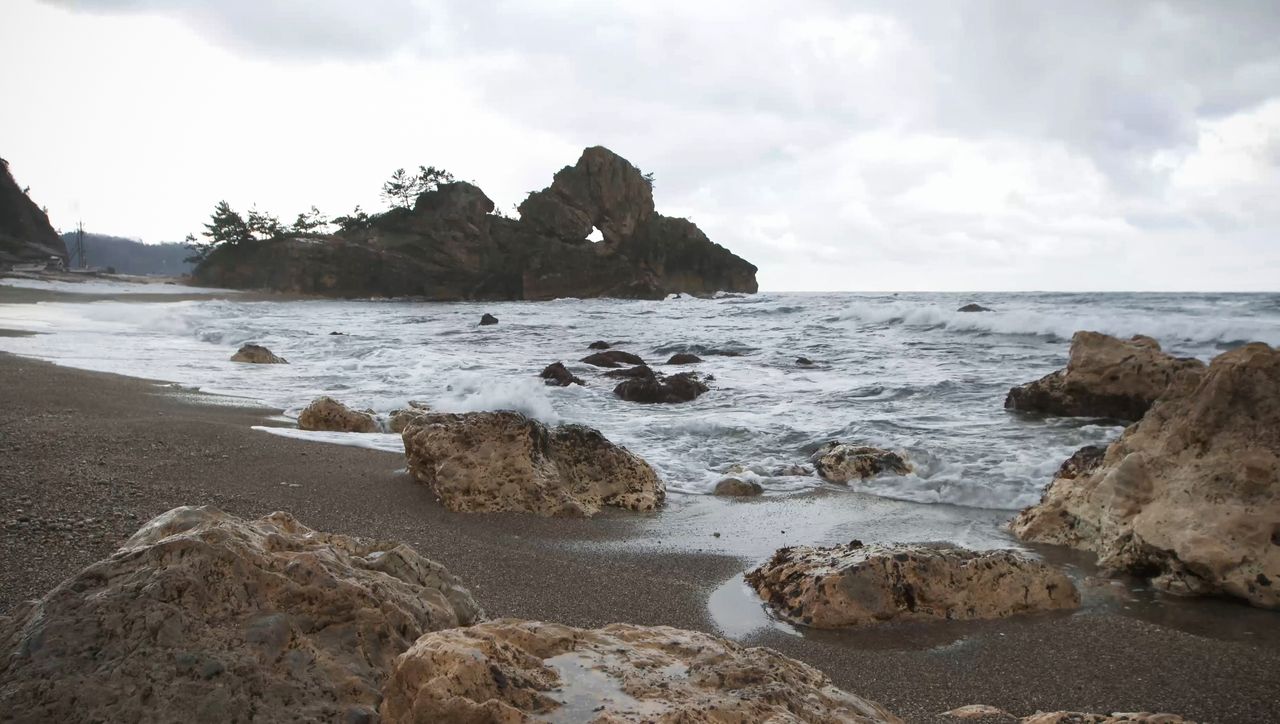 Madoiwa forms a fantastical sight on the rough winter sea.

In winter, flocks of migratory birds fly from the Asian continent to Ishikawa, where the Noto Peninsula protrudes into the Sea of Japan.

Katanokamoike in Kaga is one of Japan’s foremost waterfowl grounds, a temporary home to thousands of wild geese and ducks from November to February. In 1993, the area was listed with the Ramsar Convention as a wetland habitat for important waterfowl species. 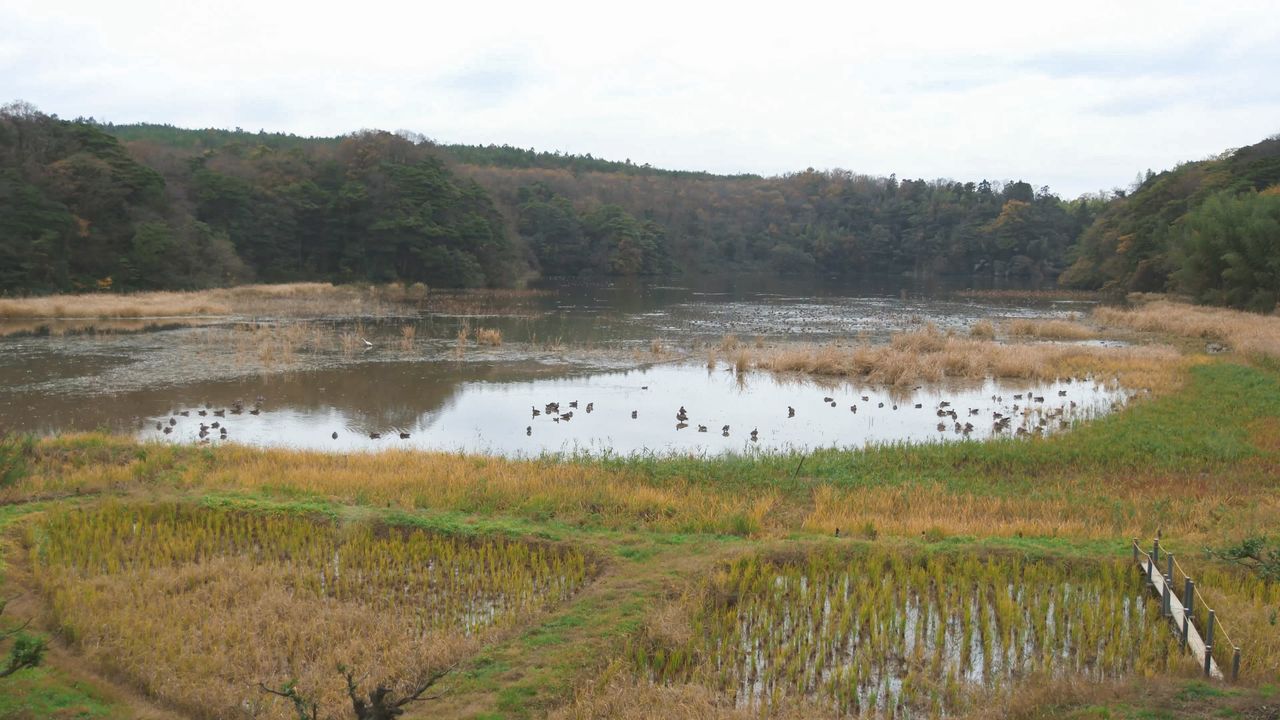 A lush ecosystem thrives here, making it a must-see for bird-watchers.

Approx. 30 minutes by Hokutetsu Bus Machino Route from the Wajima Ekimae bus stop to the Sosogi-guchi stop, then 5 minutes on foot.