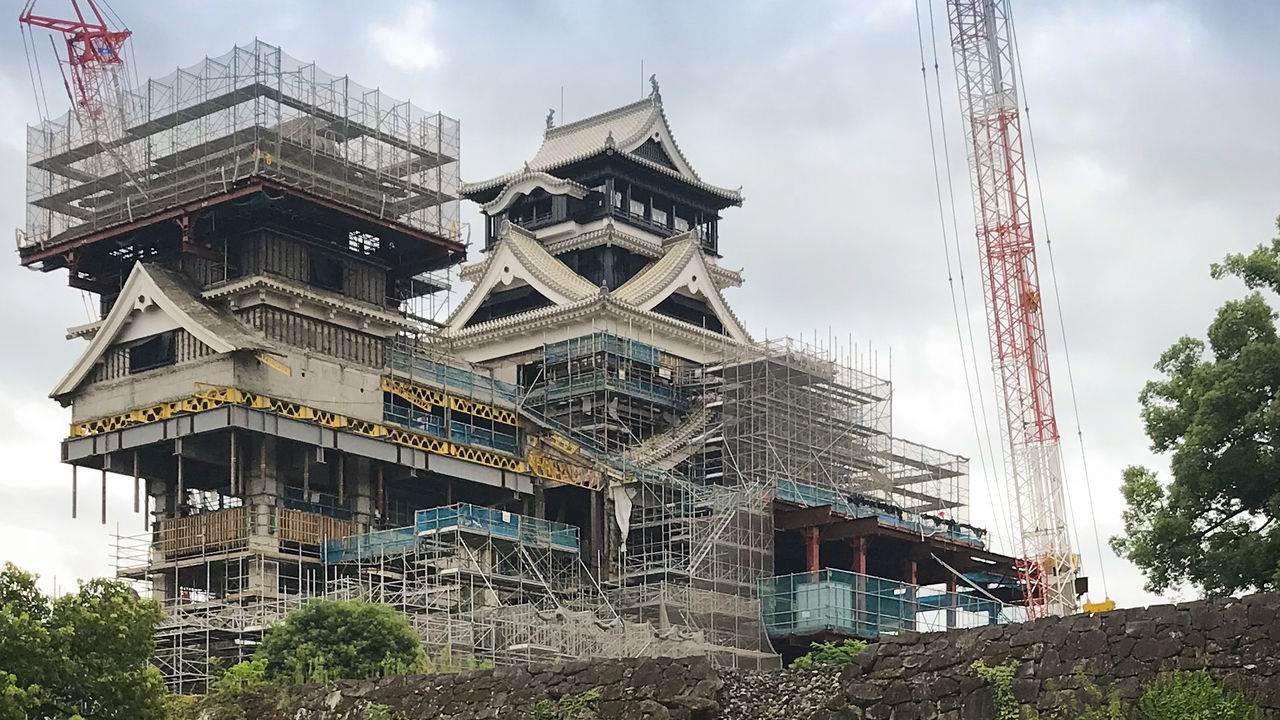 Kumamoto Castle Comes Back to Life: Touring the Grounds During Reconstruction

Kumamoto Castle was built in 1607 by Katō Kiyomasa, lord of the Kumamoto domain, and later taken over by the Hosokawa clan. It has been renovated and reconstructed many times over the centuries since then. This Japanese castle is famous to this day for its twin large and small keeps, numerous turrets, and elegant black wooden siding. 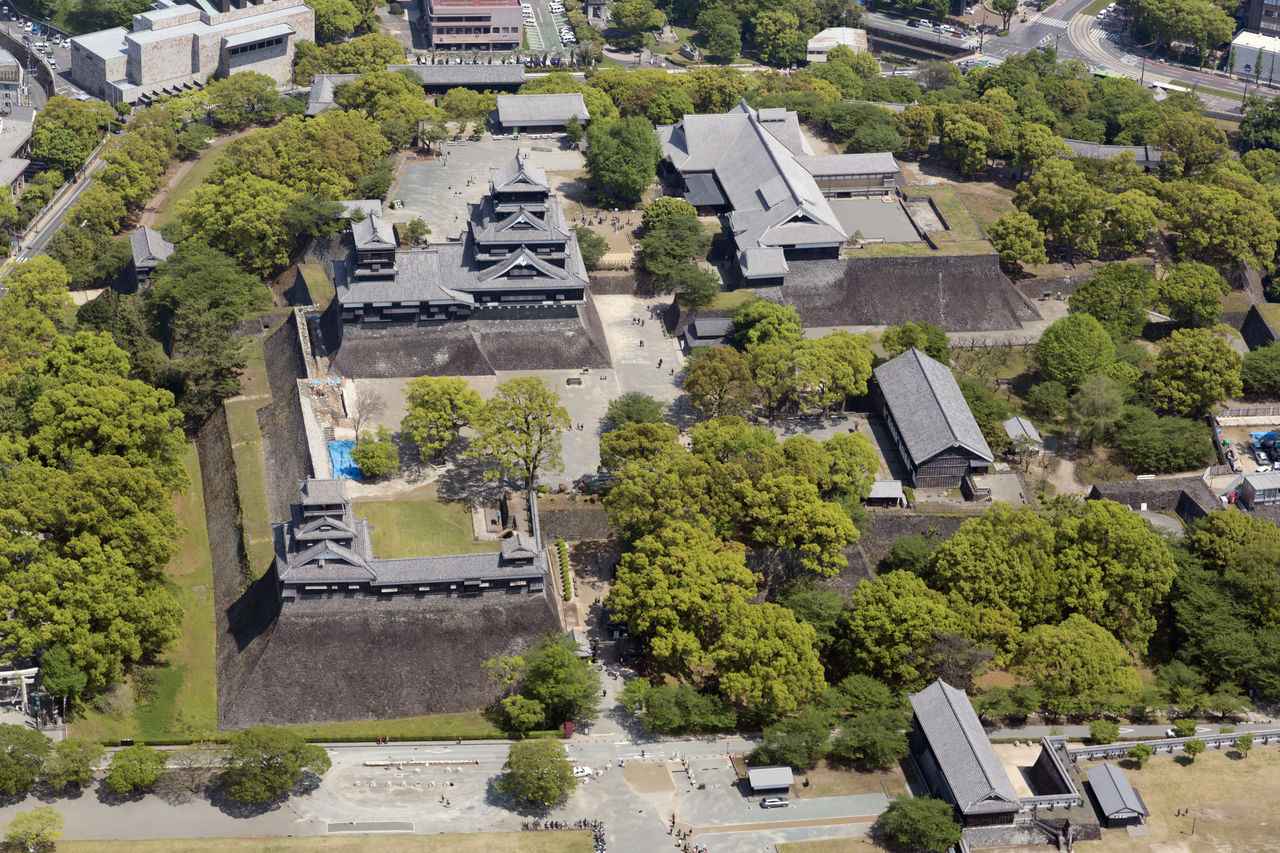 An aerial view of Kumamoto Castle before the 2016 earthquakes. (© Jiji Press Photo)

The April 2016 Kumamoto Earthquakes destroyed or damaged all 33 of the structures in the Kumamoto Castle complex, including 13 structures designated as National Cultural Properties, and caused a third of the castle’s stone walls to collapse. Reconstruction has started, and is projected to take around 20 years in all, reaching completion in the late 2030s. The stone walls in the castle complex were built at different times, using different techniques and featuring a variety of gradients in their slopes. Special care is being taken in the repair work to ensure that the walls will be restored to their original forms prior to the earthquake. 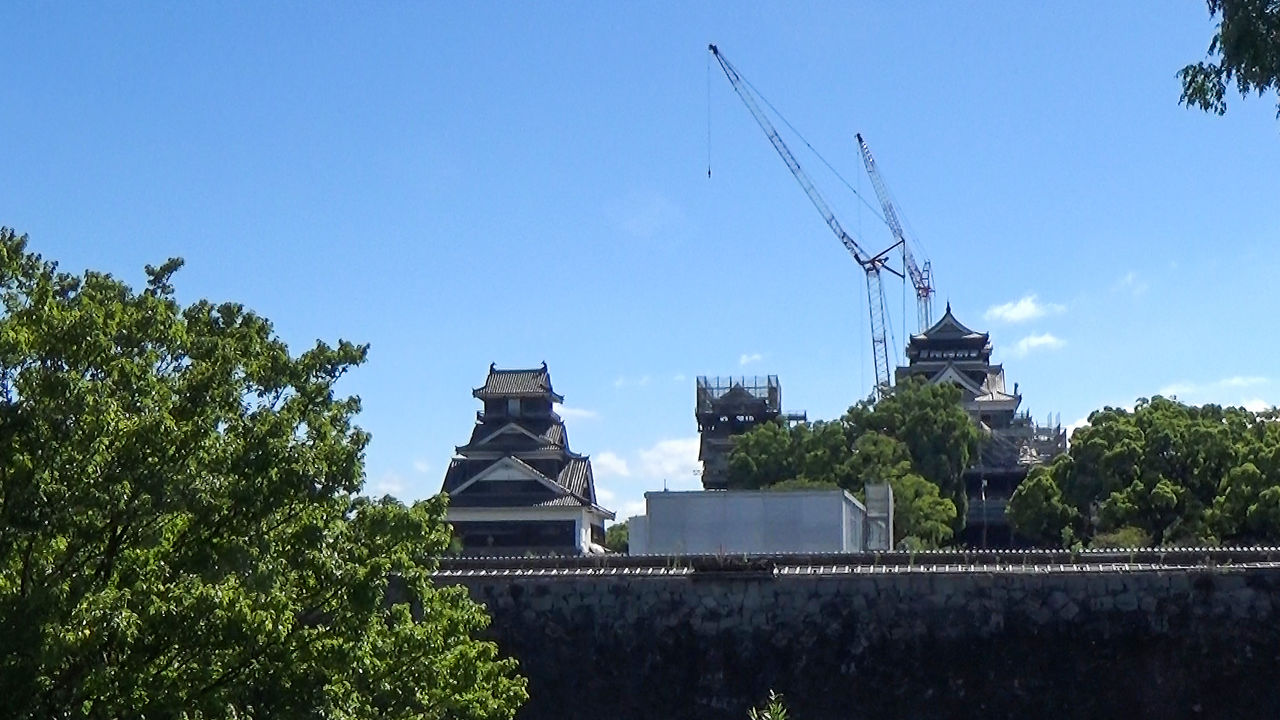 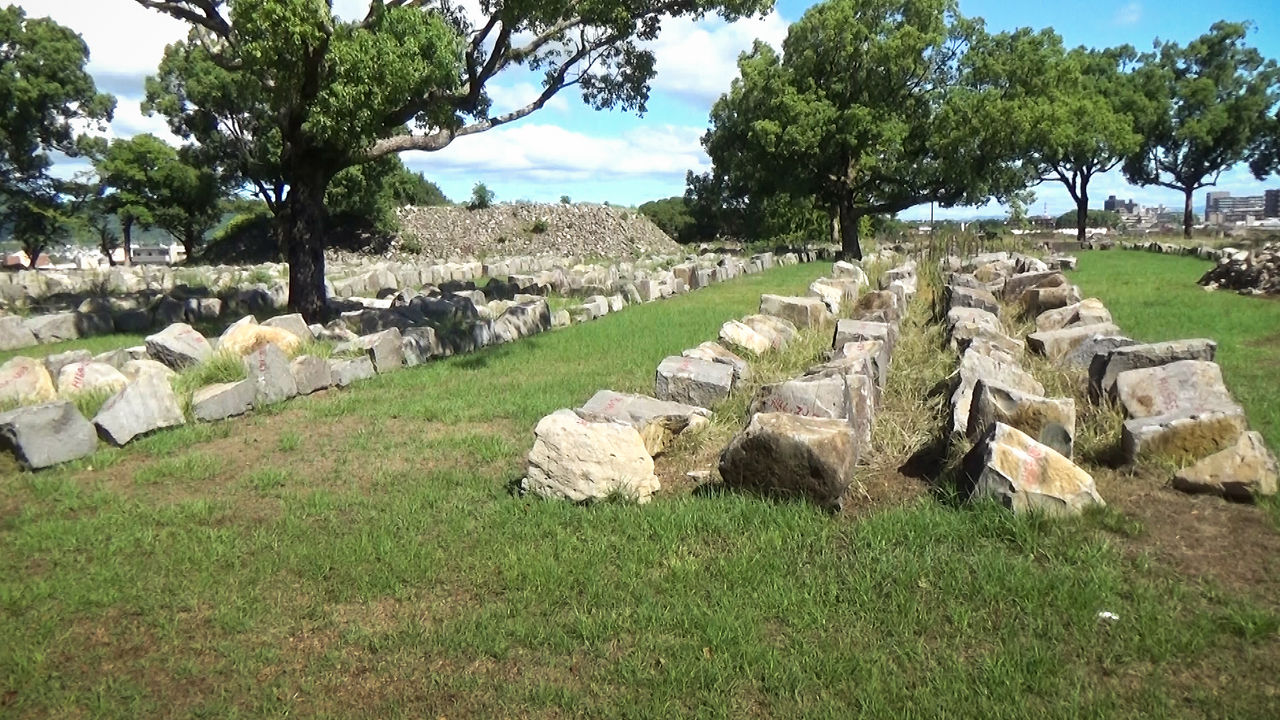 Stones are carefully aligned as part of preparations to rebuild the damaged walls with the same techniques used in the past.

As of September 2018, all of the castle structures, including the keeps, are closed to visitors, but a one-hour tour route has been prepared for viewing the castle exteriors and the on-going reconstruction work. Guideposts have been set up at 24 locations marked with QR codes that give access to multilingual videos explaining major points of interest. The tour route is free, with the exception of a few facilities along the way. 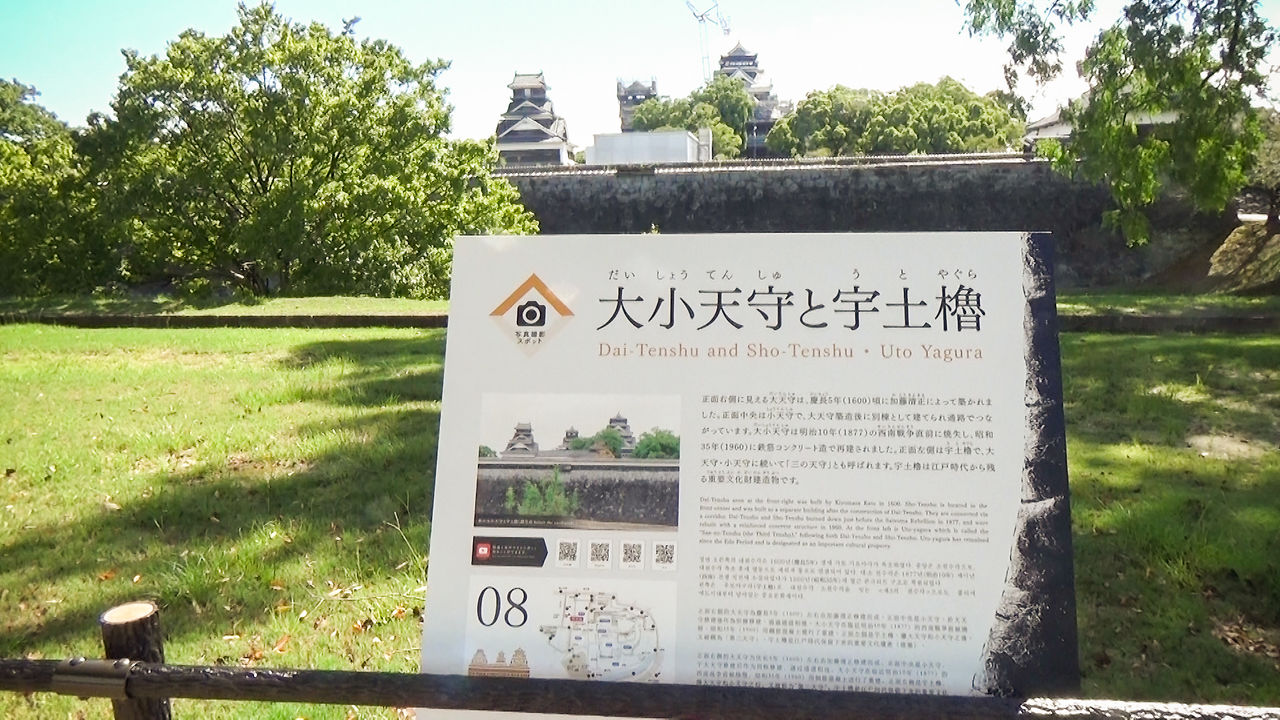 Multilingual signs provide guidance in Japanese, English, Chinese (simplified and traditional), and Korean, along with links to audio and video content visitors can enjoy on their devices.