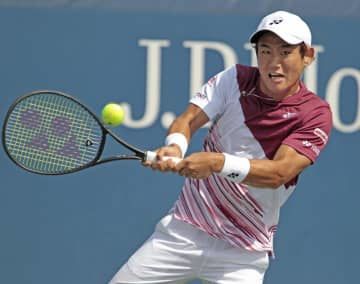 Japan's Yoshihito Nishioka was defeated by Spain's Alejandro Davidovich Fokina 6-3, 7-5, 6-3 Monday in their men's singles first round match at the U.S. Open, the final Grand Slam tournament of 2022. Nishioka, currently ranked 55th in the world, was unable to emulate the form that carried him to the Citi Open final earlier this month, suffering a straight sets loss at the USTA Billie Jean King National Tennis Center. "My opponent played well. I knew I was handed a tough (first-round) draw. I went in with a game plan but he kept his composure," said Nishioka, who won just 57 percent of his firs...
Click for full story