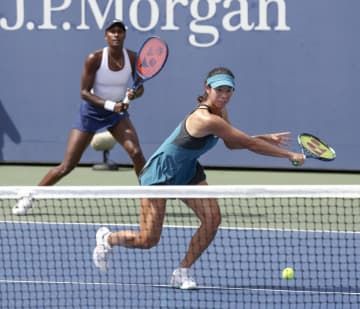 Japan's Ena Shibahara and her American partner Asia Muhammad made a winning start in the women's doubles at the U.S. Open on Wednesday. The ninth seeds beat Russia's Varvara Gracheva and Poland's Katarzyna Piter 6-2, 6-1 on the third day of action at USTA Billie Jean King National Tennis Center, when Shibahara played in two events and won both. Shibahara and Muhammad reached the final at the BNP Paribas Open in March, and went as far as the third round in both the French Open and Wimbledon. On Wednesday, Shibahara also began her mixed doubles tournament with first-time partner Franko Skugor of...
Click for full story