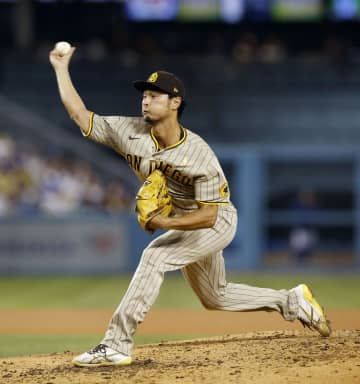 Yu Darvish threw the 3,000th strikeout of his career in Japanese pro ball and MLB as he pitched the San Diego Padres to a 7-1 win over the Los Angeles Dodgers on Friday. The 36-year-old ace is just the second player after Hideo Nomo to reach the milestone while striking out 1,000 both in Japan and the United States. Darvish spent seven years with the Nippon Ham Fighters of Japan's Pacific League before moving to MLB in 2012. Darvish (12-7) was dominant against a former club at Dodger Stadium, fanning nine and allowing just two hits over seven shutout innings. He threw 78 of his 111 pitches for...
Click for full story