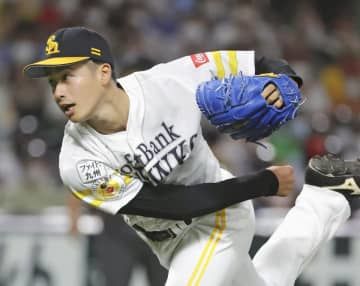 Inexperienced starting pitcher Yugo Bando allowed two runs over seven innings as the SoftBank Hawks beat the Seibu Lions 5-2 and moved a full game ahead of their opponents in the Pacific League standings on Saturday. Making just the fourth start of his career, Bando (2-1) struck out seven, walked three and allowed four hits, including a pair of home runs, in the second game of the showdown series at PayPay Dome. Hawks ace Kodai Senga will pitch Sunday's series finale when SoftBank goes for a sweep. "My rhythm wasn't all that good. I gave up that early home run but was able to dig in when I had...
Click for full story