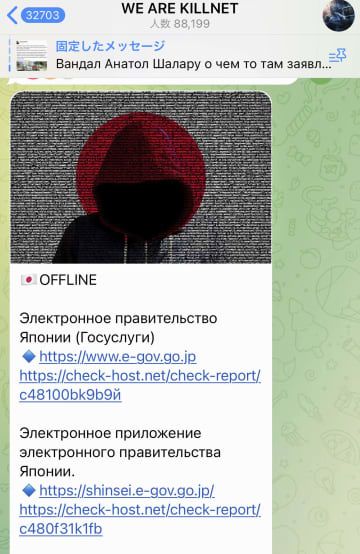 The Japanese government's web portal e-Gov was hit by a cyberattack and became inaccessible Tuesday, its cybersecurity response center said, with a pro-Russian hacker group appearing to claim responsibility for the incident. According to the National Center of Incident Readiness and Strategy for Cybersecurity, the website came under the so-called DDoS attack and became inaccessible from around 4:30 p.m. and remained disrupted until night. The pro-Russian hacker group Killnet posted a message on the Telegram messaging app claiming it had carried out the attack.
Click for full story