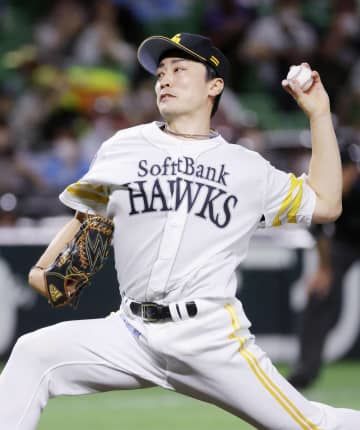 Former Chicago Cub Tsuyoshi Wada allowed two runs over five sharp innings to help pitch the SoftBank Hawks to a 4-2 win Tuesday over the Rakuten Eagles to preserve their slim Pacific League lead. At PayPay Dome, Wada (5-4) allowed just three hits and no walks, while striking out four to win his second straight start. Yuki Yanagita singled in the go-ahead run for the Hawks in the third, and Masaki Mimori's two-run fourth-inning triple made it a 4-1 game. Hideto Asamura hit his 24th home run of the season in the first, but the Hawks quickly tied it against Ryota Takinaka (2-8) in the home half. ...
Click for full story