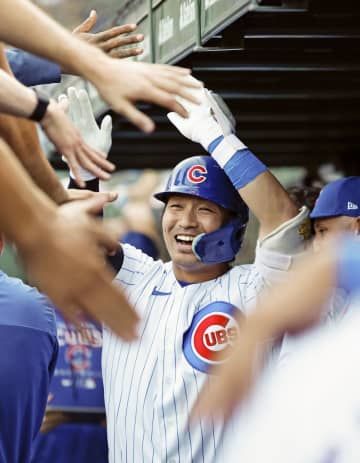 Seiya Suzuki had the 12th homer of his rookie season as he went 2-for-4 in a 4-3 loss for his Chicago Cubs against the Cincinnati Reds on Thursday. Suzuki scored a go-ahead run in the bottom of the eighth when he connected on a 1-1 slider from Alexis Diaz (6-2) for a one-out solo shot over the left-center wall at Wrigley Field. Suzuki also doubled in the sixth and scored his team's second run on a Franmil Reyes single for a 2-0 lead. "I was running, simply praying for it to be a hit," said Suzuki on the home run. "It's not just today but I was thinking of how he was mixing his pitches in the s...
Click for full story