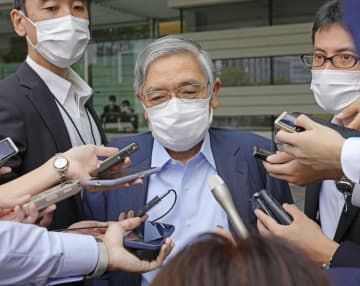 Bank of Japan Governor Haruhiko Kuroda said Friday that the recent rapid fluctuations of the yen are "unfavorable" for Japanese companies and he will keep close tabs on developments in the currency market after the Japanese unit slid to a 24-year low against the U.S. dollar. After meeting with Prime Minister Fumio Kishida at his office, Kuroda told reporters he had received no specific requests. Japanese authorities remain vigilant for high volatility and "one-sided" yen movements. The yen's depreciation reflects the divergence in policy between the BOJ and its global peers, including the U.S....
Click for full story