N. Korea's Kim vows to never give up nukes amid U.S. threat 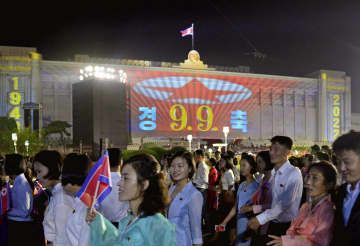 North Korean leader Kim Jong Un has pledged his country will never give up its nuclear weapons, alleging that the United States eventually aims to bring about a collapse to Pyongyang's regime, state-run media reported Friday. Kim made the remarks Thursday in a speech to the Supreme People's Assembly, the country's top legislature, which adopted legislation detailing its policy on the use of nuclear forces, according to the official Korean Central News Agency. The law said the country's nuclear forces "shall obey the monolithic command" of Kim, who shall have "all decisive powers concerning nuc...
Click for full story