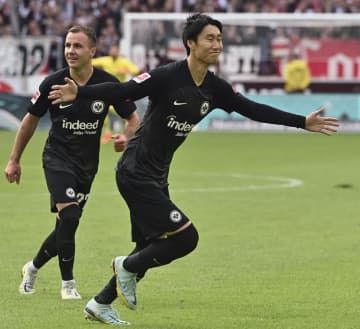 Japan midfielder Daichi Kamada scored his season's fourth German Bundesliga goal and set up another Saturday as Eintracht Frankfurt cruised to a 3-1 win at Stuttgart. Kamada's 55th-minute free-kick from the edge of the box took a slight deflection on its way in for a 2-0 lead before the playmaker set up Kristijan Jakic's header from a corner two minutes from time at Mercedes-Benz Arena. Kamada played the entire game alongside former Japan captain Makoto Hasebe and played a part in Frankfurt's sixth-minute opener as his free-kick was saved into the path of Sebastian Rode, who headed home the re...
Click for full story