Baseball: Orix moves within one game of SoftBank 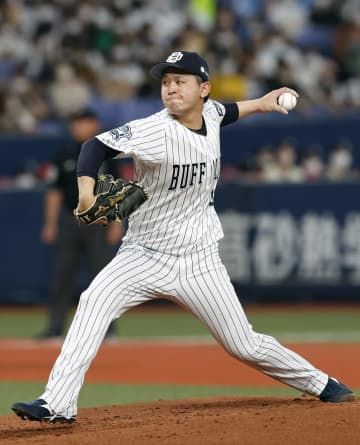 Hiroya Miyagi and four relievers combined on a four-hit shutout as the second-place Orix Buffaloes beat the SoftBank Hawks 2-0 on Sunday to cut the Hawks' Pacific League lead to one game. Miyagi (11-7) held the Hawks to an infield single while striking out five, walking one and hitting a batter in five innings at Kyocera Dome Osaka. Orix has won the first two games of the three-game series, with two weeks remaining in the regular season. The left-hander escaped the only trouble he had in the afternoon by getting Taisei Makihara to ground out with the bases loaded in the fourth. Shuhei Fukuda o...
Click for full story