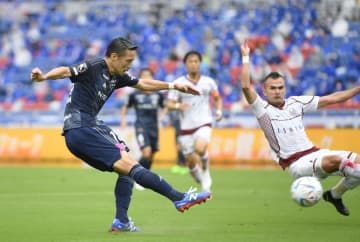 Yokohama F Marinos missed the chance to stretch their lead at the top of the J-League first division on Sunday as they were held 0-0 at home against Consadole Sapporo. Yokohama had a goal ruled out by VAR at Nissan Stadium as they stay five points clear of second-place Kawasaki Frontale with five games left for both sides. F Marinos came close to the opener in the 17th minute when former Sapporo striker Anderson Lopes met Kota Mizunuma's early cross from the right -- with his shoulder instead of his head -- before the effort was denied by the bar. Sapporo had their chance five minutes later af...
Click for full story