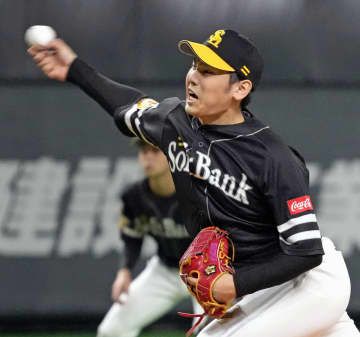 Shuta Ishikawa threw 5-1/3 solid innings and Yuki Yanagita hit a solo home run as the Pacific League-leading SoftBank Hawks beat the Nippon Ham Fighters 3-1 on Tuesday. Ishikawa (7-9) held the Fighters to one run and two hits while walking two and striking out four in an 86-pitch outing at Sapporo Dome. The Hawks reduced their magic number to eight to clinch the league title. Yanagita's homer to right-center, his 21st of the season, pushed SoftBank's lead to 2-0 in the fourth inning. An RBI single by Taisei Makihara made it 3-0 in the fifth against Fighters starting pitcher Naoyuki Uwasawa (8-...
Click for full story