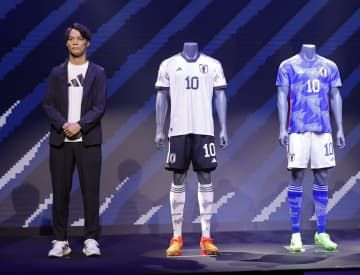 Japan has reached back to its 2002 World Cup history for its kit at this year's tournament, drawing on the traditional origami paper-folding art that was part of the closing ceremony 20 years ago in Yokohama. Twenty years ago, as Brazil captain Cafu lifted the trophy at Nissan Stadium to celebrate his nation's record fifth title, some 2.7 million Japanese "orizuru" paper cranes fluttered in the air, in a fitting Japanese finale. "Orizuru is not just beautiful with its shape; people can also put their wishes and thoughts into it (while folding one)," said Sho Takaki of Adidas Japan, one of the ...
Click for full story