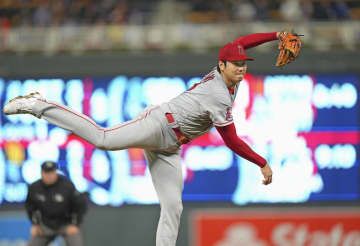 Shohei Ohtani threw his 200th strikeout of the season and extended his career-best win total to 14 as the Los Angeles held off the Minnesota Twins 4-2 on Friday. Ohtani (14-8) got some much-needed help from the Los Angeles bullpen and Taylor Ward's two home runs to earn his third straight win and stay unbeaten on the mound in September. The two-way star struck out seven over five-plus innings of two-run ball in which he allowed three hits and six walks. He also drove in a run in a 1-for-4 night at the plate. He became the fourth Japanese pitcher to reach the 200 strikeout milestone in MLB when...
Click for full story