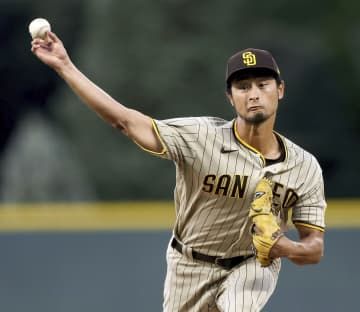 Yu Darvish threw six solid innings to match his career high of 16 wins as the San Diego Padres beat the Colorado Rockies 9-3 on Saturday. Darvish (16-7), who previously won 16 games in his major league rookie year in 2012, allowed two runs and five hits, striking out eight and walking one at Coors Field. The right-hander won his sixth straight start. Darvish, the NL Player of the Week for Sept. 12-18, yielded a leadoff home run to Ryan McMahon in the first inning but quickly recovered and settled in. The Padres turned a 1-0 deficit into a 3-1 lead through the top of the fifth. Padres manager B...
Click for full story