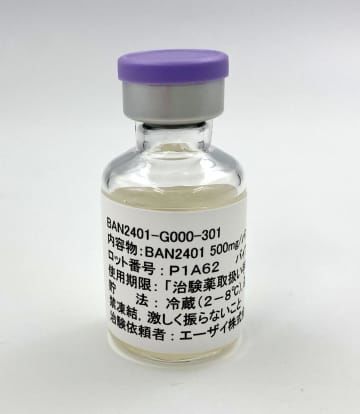 Japanese drug maker Eisai Co. said Wednesday its Alzheimer's disease drug under development with U.S. firm Biogen Inc. has proved to be effective in slowing aggravation of symptoms in a clinical trial. Eisai is aiming to win government approval for the drug, lecanemab, in 2023. In the clinical trial, the drug curbed progress of symptoms such as worsening memory and impairment in judgment by 27 percent compared with a placebo, Eisai said. The trial was conducted on about 1,800 patients with early symptoms in Japan, the United States, Europe and China. The announcement comes after a panel at Jap...
Click for full story