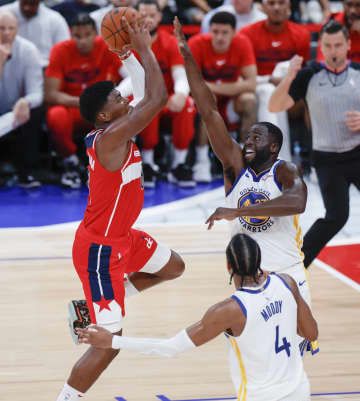 Rui Hachimura's Washington Wizards were 96-87 losers to the Golden State Warriors on Friday, but the local favorite delighted fans with a handful of highlight moments in the first of two preseason exhibition games at sold-out Saitama Super Arena near Tokyo. The Toyama Prefecture native had 13 points and nine rebounds in 25 minutes for the Wizards in a game where both teams showed plenty of off-season rust and gave their main rotation players limited minutes. Warriors backup center James Wiseman made the most of his 24 minutes for the NBA champions, contributing a game-high 20 points. Washingto...
Click for full story