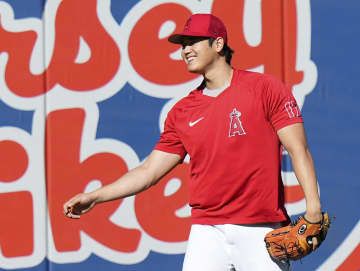 The Los Angeles Angels have signed two-way star Shohei Ohtani to a one-year contract worth $30 million for the 2023 season, the club said Saturday. It sets a record for a player in his third year of arbitration, surpassing the $27 million Mookie Betts received before the 2020 season, according to the Angels' official website. The deal aimed at avoiding arbitration is also the largest one-year contract ever signed by a Japanese player.
Click for full story