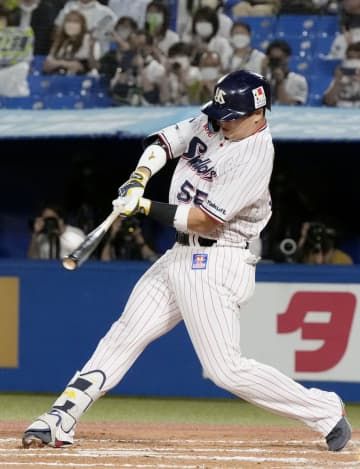 Munetaka Murakami wrapped up his record-setting season in style Monday, becoming the youngest Triple Crown winner while hitting his long-awaited 56th home run as the Central League champion Yakult Swallows hammered the second-place DeNA BayStars 8-2. In the final game of the regular season, Murakami plated his team's first run in the five-run third inning before belting a solo shot to right in the seventh at Jingu Stadium, ending his run of 13 games without a homer. Trailing by two runs, Murakami singled to left off Yuya Sakamoto (0-5) in his second trip to the plate with runners on second and...
Click for full story