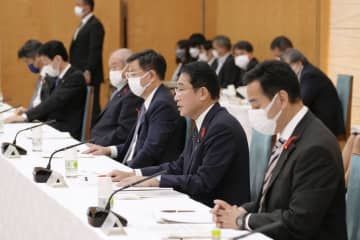 Japanese companies should aim for pay hikes that can catch up with accelerating inflation in wage negotiations next spring, the government said Tuesday as Prime Minister Fumio Kishida seeks to achieve both growth and distribution in his push for a "new capitalism." Smoothing the way for wage growth, the government will expand subsidies for small and midsize firms on the condition that they raise pay, according to a government plan unveiled Tuesday. It will also urge bigger companies to accept higher prices set by subcontracting smaller firms to pass on higher costs by making public the names o...
Click for full story