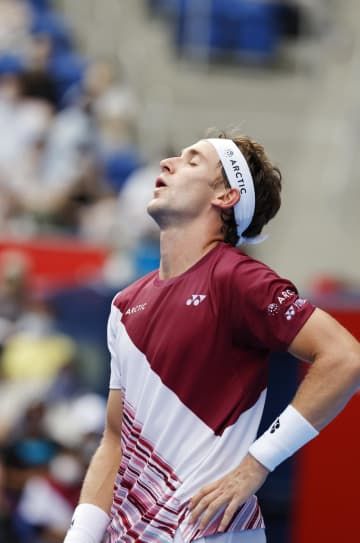 The top seed and world No. 3, Casper Ruud of Norway, bowed out in the first round of the Rakuten Japan Open at the hands of Spain's Jaume Munar on Tuesday. Munar, ranked 58th, defeated Ruud 6-3, 6-3 at Tokyo's Ariake Tennis Park for his first win against him on the ATP Tour. The Spaniard converted four of eight break points, while Ruud took only one of his five opportunities to break Munar's serve. Trailing 3-2 in the second set, Ruud had a triple break point but Munar battled back to take a 4-2 lead before clinching the match when Ruud's backhand half-volley failed to get over the net. "Very ...
Click for full story