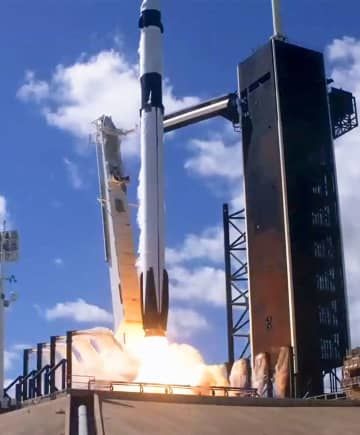 Koichi Wakata embarked on his fifth space mission, marking a new record among Japanese astronauts, aboard a U.S. SpaceX ship that was successfully launched from Florida on Wednesday. The 59-year-old is one of the four astronauts taking part in NASA's fifth crew rotation mission to the International Space Station using the U.S. commercial spacecraft. The team will travel to the orbiting laboratory for a six-month science and technology research mission. Wakata's four previous space flights include U.S. Space Shuttle flights in 1996, 2000, and 2009, and a Russian Soyuz flight in 2013. It will be...
Click for full story