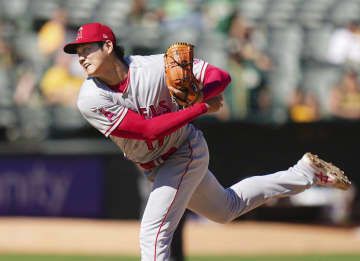 Shohei Ohtani became the first player in MLB's World Series era to qualify for the leaderboards as both a hitter and a pitcher Wednesday after throwing five innings in the Los Angeles Angels' 3-2 loss to the Oakland Athletics. In the Angels' last game of the season, the two-way star threw a perfect first inning to reach the 162 innings required to qualify among the league leaders for pitchers, for the first time in his five years in the majors. Ohtani, who was pitching in his 28th game of the season, had already qualified among the league leaders as a hitter for the second straight year by pas...
Click for full story