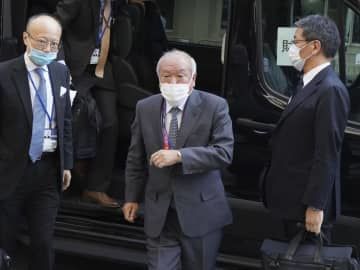 Japan will take "decisive" steps against rapid, volatile movements in the currency market driven by speculators, Finance Minister Shunichi Suzuki said Wednesday as the yen traded at a 24-year low just shy of 147 to the U.S. dollar. Suzuki told reporters that recent volatile currency fluctuations are "extremely concerning," adding that Japan is watching developments with a high sense of vigilance. Suzuki, who met with his counterparts from the Group of Seven and Group of 20 nations in Washington, suggested that Japanese authorities are keeping tabs on volatility, not specific yen levels. His co...
Click for full story