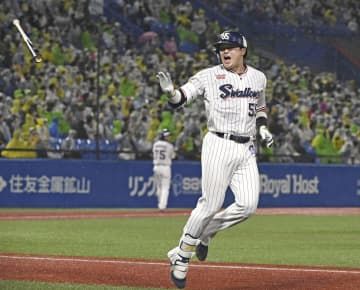 Triple Crown winner Munetaka Murakami and Jose Osuna each hit two-run homers as the Yakult Swallows beat the Hanshin Tigers 5-3 on Thursday to put themselves one win away from their second consecutive Japan Series appearance. The Orix Buffaloes also moved within a win of reaching the Japan Series for the second year in a row after beating the SoftBank Hawks 4-3. Both the Swallows and the Buffaloes won Game 2 to take a three game to zero lead in their respective Climax Series final stage matchups after entering their best-of-seven series with a one-win advantage as league champions. At a rain-s...
Click for full story