Japan marks its railways' 150th anniversary with series of events 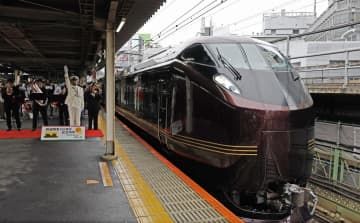 Japan celebrated the 150th anniversary of its railway system on Friday with a series of events, observances and merchandising tie-ins in Tokyo and elsewhere. At Shimbashi, one of the terminuses of Japan's first railway line opened in 1872, the E655 Nagomi train used by the emperor and other imperial family members set off from what is now an East Japan Railway Co. station to add color to the commemoration. Also at a ceremony in the station square, which has been home to a classic steam locomotive since the railway's 100th anniversary, visitors shopped at a special market selling railway-themed...
Click for full story