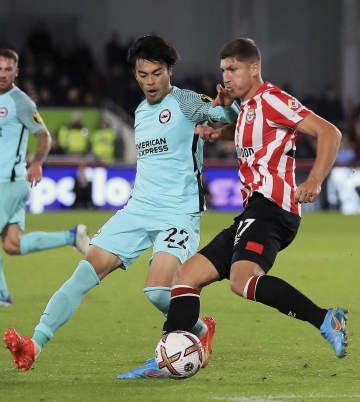 Japan winger Kaoru Mitoma hurt his right foot and left the stadium on crutches after playing the second half of Brighton's 2-0 defeat at Brentford on Friday in the English Premier League. With just over five weeks to the start of the World Cup in Qatar, the injury could be a devastating blow to both Mitoma and Japan after the 25-year-old made crucial contributions to Hajime Moriyasu's side over the past year. Trailing 1-0 at Gtech Community Stadium, Brighton's new manager Roberto De Zerbi sent on Mitoma at halftime down the right instead of his usual left. The player hurt his leg just two minu...
Click for full story