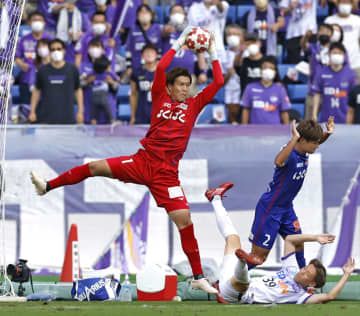 Goalkeeper Kohei Kawata saved a penalty at the end of extra-time and another in the subsequent shootout to help J-League second-division outfit Ventforet Kofu stun heavy favorites Sanfrecce Hiroshima in the Emperor's Cup final on Sunday. Kofu, currently 18th in the 22-team J2, clinched their first major silverware with the 5-4 penalty shootout victory after the final was deadlocked 1-1 through 120 minutes at Nissan Stadium. Kazushi Mitsuhira gave Kofu the lead in the 26th minute but Takumu Kawamura equalized in the 84th for the J1's third-place team, who were chasing their first Emperor's Cup ...
Click for full story